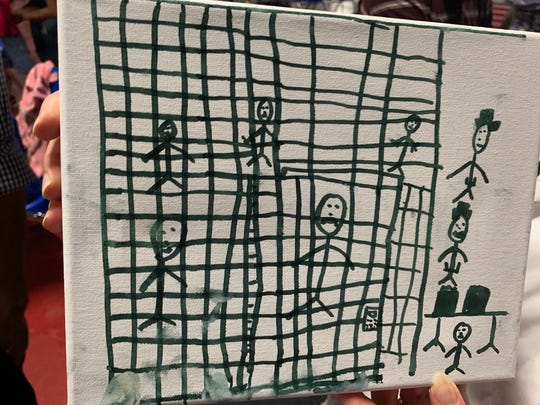 The calls by activists to shut down migrant detention centers have been steady, but little noticed. Yet, after this morning’s New York Times report, those calls no doubt will be amplified by several octaves and taken more seriously — I hope.

Reporters found that sexual crimes actually increased during the time the Trump administration executed its family separation policy. Is it any wonder?

Cramming hundreds of vulnerable and scared children, of all ages, into small cells, hidden from public scrutiny, and staff answerable to essentially no one created, and continues to create, a predator playground for pedophiles young and old.

So, what can be done?

For starters, it’s time to take sole welfare oversight of all migrants out of the hands of the federal government. Whether this government is overwhelmed or “inept” to handle current conditions, it’s clear that personnel is unable or unwilling to comply with universal standards of refugee treatment.

Their actions not only reflect poorly on our government but on those states where the detention centers are located.

It’s time states acted in conjunction with the federal government by appointing a welfare oversight committee comprised of a bipartisan group of state faith, community and professional members who have unfettered access to detention facilities.

Such committees ensure that migrants are receiving necessary care and treatment that are in accordance with international, national and state standards.

Secondly, we should push Congress to pass a law that no child younger than 15 is incarcerated for any length of time. They must be released with at least one guardian/parent or to a sponsor family.

Children 15-18 should be divided into gender-specific facilities with girls being guarded by female guards. Boys should be evaluated individually to determine if any gang affiliation exists and separate the two groups.

Finally, cameras should be installed in facilities covering all spaces so no child is left ‘unattended.’

Those detention employees found to be guilty of any kind of crime against migrants should be tried and prosecuted to the fullest extent of the law.

In these ways, we can begin to gain back some credibility among the international community and reclaim our standing in a world that increasingly sees the US less as a beacon of hope and more as a sad shadow of a defender for the voiceless.