Latina Lista: News from the Latinx perspective > Causes > Social Justice > A farm worker’s memories highlight the need to fight for reform in the fields 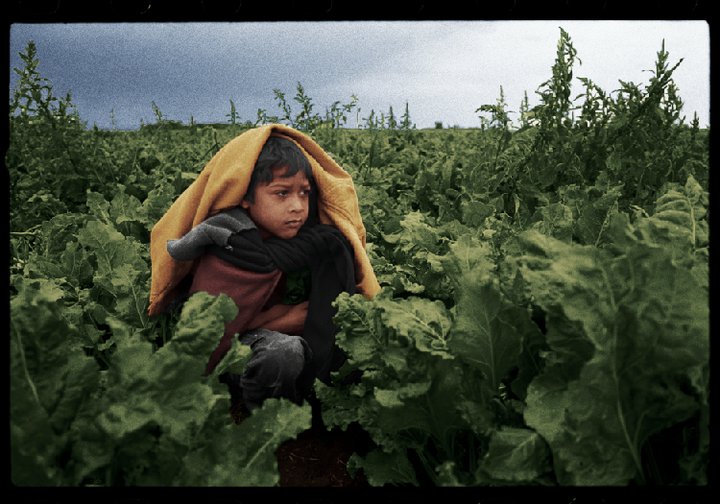 Considering the struggle that migrant agricultural workers endured to obtain living and working conditions fit for human beings, it’s hard to believe that the food industry can look itself in the eye today.

The conditions brought to light in May when the Coalition of Immokalee Workers showed up in New York City to attend a Wendy’s shareholder’s meeting show that only extreme vigilance and tough laws – enforced – will do justice to the long suffering and dedication of the United Farm Workers Union, whose struggle against big growers and corporations led many Americans to believe that battle was won.

In 1965, conditions had remained the same for decades and decades. A massive 1913 strike organized by the International Workers of the World had ultimately been violently destroyed – and a half a century later, Latino – mostly Mexican – and Filipino workers in California’s gigantic Central Valley lived in the same tents and metal shacks that their grandparents had survived.

There was no electricity, no plumbing, no toilets, and often no water – not even in the fields, where workers labored from pre- dawn into nightfall under a blazing sun. Many workers were charged 25 cents a cup for water shared from the same cup. Workers reported that when they pointed out clumps of dirt in the water, foremen would dump it out, telling them to go without if they didn’t like it.

Children rarely went to school, but were expected to toil alongside their parents at ages five and six. Those who did have access to rudimentary classes were taught in segregated fly-by-night facilities with no regard for continuity in terms of anything that could be called a curriculum.

Listen to Hortensia Mata, one of the first workers to join the 1965 struggle, and imagine what those words mean today, when the Immokalee workers reported much the same conditions – including a 2009 case of actual slavery – due to the food industry’s buying power, which has so lowered the price of Florida tomatoes that workers were plunged into the same conditions Mata had struggled so hard to end — forever.

Back in 1965, I wasn’t aware and didn’t even know what a strike was. That is until the day that Gilbert Padilla came into the field where I worked one spring day in ’65. Gilbert Padilla was a young, tall, amiable man working for Cesar Chavez as an organizer. That day my life was changed forever, Gilbert opened our eyes to the many injustices we were living everyday.

Gilbert said, “There is going to be a meeting tonight at my house and Cesar Chavez will be there to show you how we can change things.” So that night we went to Gilbert’s home and started listening to what Cesar had to say. After listening to him speak in such a calm and decisive manner I made up my mind to go on strike as well. Cesar told us that it would be difficult and to not expect success right away. “In the end we will win,” he said.

Before I realized it, I was on strike as well. The hardships were tremendous, especially when we had nothing to eat. I would sit up all night sometimes just thinking about our house and even though it wasn’t very luxurious it was still my family’s home.

The fight in the fields was especially difficult because the police sided with the growers and every time we tried to put something together the police struck it down.

Fortunately for us we always had people to help us out any way they could. They brought food to all the strikers in my crew, sometimes canned or a hot meal. Whatever it was we appreciated deeply. I am sure that if it hadn’t been for those people, I would have lost my faith.

By the time the San Francisco boycott came around in 1968, I was more determined than ever. I recall packing in a car with my other friends and co-workers and heading off to San Francisco to boycott the grapes up there. I believe that was the key to our success. Had we stayed in Delano no one would have been aware of our struggle. There wasn’t any media coverage in the Central Valley and we finally got the attention we deserved when we arrived in San Francisco.

Suddenly, no one was buying grapes. We had the grape industry cornered. It was all a matter of time before we came to an agreement.

When the day finally came I was extremely proud of all the sacrifice I had made and had no regrets about everything I had to go through. What I will always remember is that united we can overcome any obstacle, including powerful companies and corporations.