Anonymous sends a message: KKK behavior will no longer be socially tolerated 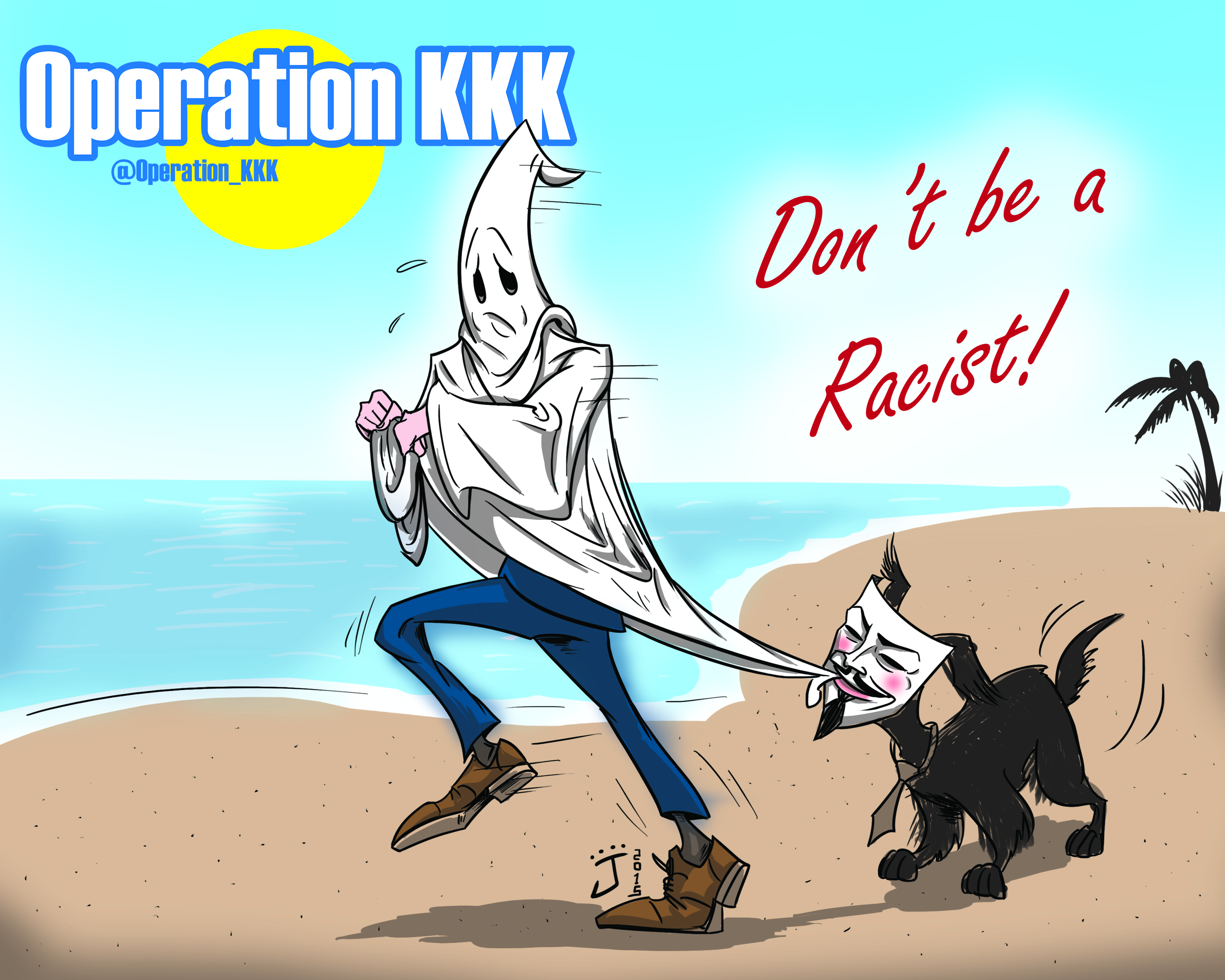 LatinaLista — If anything positive has come out of Donald Trump's presidential campaign, it's the fact that he's "un-hooded" racism in this country. Unfortunately, it's his own racist views that he's revealing. The sad fact is that while many people still aren't shy about expressing racist views, they aren't as willing to stand on a podium and take credit for them.

The country has had a long history of people hiding behind some invented facade to shield their identity when it comes to being accountable for their racist views but those days may be over.

The hackivist collective Anonymous used their computer skills over 11 months to uncover people who claim to be members or supporters of the Ku Klux Klan. Tapping into a mix of multimedia, academic and public records, Anonymous used both human intelligence data gathering and open source intelligence sources.

"We hope Operation KKK will, in part, spark a bit of constructive dialogue about race, racism, racial terror and freedom of expression, across group lines," posted Anonymous on pastebin. "Public discourse about these topics can be honest, messy, snarky, offensive, humbling, infuriating, productive, and serious all at once. The reality is that racism usually does NOT wear a hood but it does permeate our culture on every level. Part of the reason we have taken the hoods off of these individuals is not because of their identities, but because of what their hoods symbolize to us in our broader society.

"We feel it is important to provide accurate information about our observations during this operation. We learned, that aside from our striking differences in overall ideology and behavior, we have found that many members of Ku Klux Klan groups actually have a few important similarities to us. For example, they are mostly poor and pissed off at the the Man. They oppose government surveillance and they generally feel persecuted for free thought."

With 150 active cells, operating in 41 states, concentrated in the Midwest and South, the KKK's membership is less than 5,000 these days, according to Anonymous. The Anonymous list identifies less than 2,000 KKK members/sympathizers. In addition to listing KKK members, Anonymous also lists members' spouses and associates.

"Day to day, some klan members work very hard for very little," posted Anonymous. "This is a common ground we understand all to well. We feel that the ability to find common struggles with those that are very different than ourselves is important. Even if they are filled with hatred. We will never sympathize with the KKK but we do desire to understand them and learn about how they see their world. We do see their humanity, we respect their right to free thought and we know their fear of others is wrong. We also know their behaviors strike fear, anxiety and terror into others. This will no longer be socially tolerated."