Latina Lista: News from the Latinx perspective > Causes > Social Justice > Artist to unveil mural depicting role of racism in US history, up to the death of Trayvon Martin

Artist to unveil mural depicting role of racism in US history, up to the death of Trayvon Martin 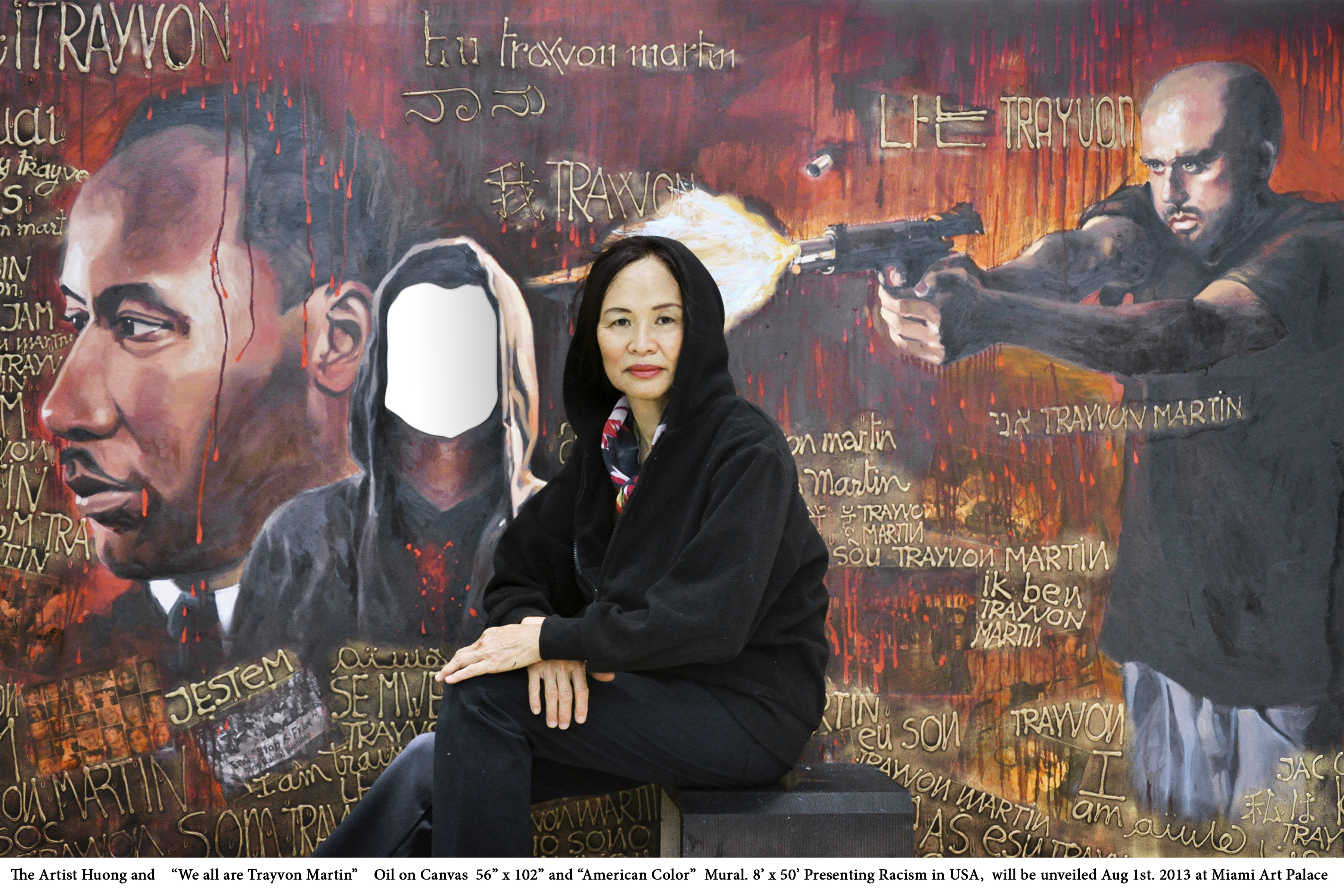 LatinaLista — Though the trial of George Zimmerman is over, the case of Trayvon Martin remains alive and well and continues to force the discussion about the existence of racism in this country — the 21st Century version of it.

This era’s version of racism is explicit and subtle at the same time. Unlike in the past when one group would publicly intimidate, exclude, humiliate and physically injure a person of a particular skin color, religion or sexual orientation without fear of legal retaliation, today’s racism is more refined to the point that most don’t realize it’s there until someone calls attention to it.

Yet, Trayvon’s case ‘triggered’ a long overdue conversation that is extremely uncomfortable for many who would prefer to believe that the United States is a world role model for race relations.

One person who doesn’t buy into that ideal is an artist named Huong.

Huong is also a Vietnamese War refugee and peace activist. She uses her art to display the harsh reality that exists in the world and which serves as a constant source of conflict. Racism is one such source.

As part of the human rights campaign spearheaded by the Peace Mural Foundation, Huong created a special work conveying the death of Trayvon Martin. She, along with six interns, incorporated images of important figures throughout U.S history as well as famous quotes on racism. The result is a bold mural titled The American Color Mural that forces viewers to see themselves in the place of Trayvon Martin and reflect on the role of racism in U.S. history.

On Friday, August 9, Huong will unveil the mural at the Florida State Capitol in Tallahassee. Afterwards, plans are to tour the mural across the country to highlight awareness of how racism and inequality impact society.

We all are Trayvon Martin. It is a new day, our country has suffered an ugly past, but we have the opportunity to make it a very beautiful future. ~ Peace Mural Foundation.