LatinaLista — The 2010 Census showed there were more people 65 and older than ever before in the United States. Over 40 million elderly — women outnumber the men. 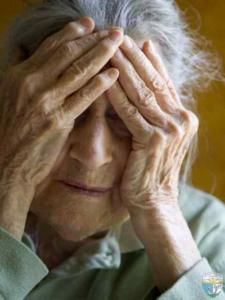 Though people are living longer, it doesn’t necessarily mean they’re enjoying a better quality of life. A failing economy, rising food and healthcare costs and fixed budgets are just a few of the daily realities for today’s seniors.

Another reality for some is living out their golden years victims of elder abuse.

The Elder Assistance Daily reports that there are nearly 6 million cases of elder abuse every year — that’s approximately one case every five seconds. California has the highest number of elder abuse cases followed by Florida, New York, Texas and Pennsylvania. These five states account for over 1/3 of all elder abuse cases in the U.S.

Most would think that elder abuse would be easy to spot, or at the least, the senior victims would speak out about it. Unfortunately, it’s not always the case. Like any victim of abuse, the elderly can be just as intimidated, feel threatened or be made to feel it’s their fault. Not to mention, by virtue of being elderly, the victim may experience dementia and not even be fully cognizant of the abuse.

For that reason — to help victims of elder abuse — June 15 has been proclaimed World Elder Abuse Awareness Day.

But aside from bruises and black eyes how can anyone know if a senior citizen is being mistreated?

According to the National Center on Elder Abuse, there are red flags that can be noticed, if people pay attention:

Financial abuse/exploitation
• Lack of amenities victim could afford
• Vulnerable elder/adult “voluntarily” giving uncharacteristically excessive financial reimbursement/gifts for needed care and companionship
• Caregiverhascontrolofelder’smoneybutisfailingtoprovideforelder’sneeds
• Vulnerableelder/adulthassignedpropertytransfers(PowerofAttorney, new will, etc.) but is unable to comprehend the transaction or what it means

Psychological/emotional abuse
• Unexplained or uncharacteristic changes in behavior, such as withdrawal from normal activities, unexplained changes in alertness, other
• Caregiverisolateselder(doesn’tletanyoneintothehomeorspeaktotheelder)
• Caregiver is verbally aggressive or demeaning, controlling, overly concerned about spending money, or uncaring

As noted before, many cases of elder abuse go unreported. Mainly because the one doing the reporting isn’t sure that abuse is happening. It doesn’t matter.

Officials tell us that if there is even a suspicion of elder abuse to call 911 or report it to local law enforcement. The important thing to remember is that the one reporting the abuse doesn’t have to prove it — that’s the responsibility of law enforcement.