LatinaLista — On Wednesday, January 11, is the internationally observed Human Trafficking Awareness Day. According to data from the U. S. Government, 800,000 people are trafficked across international borders each year; 80 percent are female and almost half are minors. 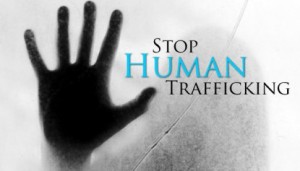 Human Trafficking involves the recruitment, transportation, and forceful detention of people either from one country to another, or within countries. Threats, force and/or deception are typical. Those being exploited are either unpaid, or given a very small payment for their work, prostitution or other sexual exploitation, and are not free to leave these abusive situations. The United States is not immune to this problem; Many are trafficked within U.S. borders, as well as into the U.S. from outside.

Unfortunately, the general public sees victims of human trafficking as characters in a movie or SVU episode rather than real people caught in a desperate situation happening next door or in the community. But it is a real problem that is only getting worse because of the breakdown in society where opportunism and violence are overtaking compassion and human rights.

Human trafficking also involves enslaving others, like in highly visible occupations like prostitution, and in seemingly mundane activities as cleaning houses, working in businesses, and even taking care of children — all jobs done for employers who abuse their workers by restricting their freedoms and forcing them to work for free or such low pay they can’t escape their surroundings.

Since 2007, when the Senate passed the resolution recognizing Human Trafficking Awareness Day, events have grown around the country, and the world, in honor of it.

One such event, that is unprecedented in its scope, is the commitment of 46 women, ages 18-73, from all over the world to climb Mt. Kilimanjaro in Kenya, Africa on January 11. Calling their climb The Freedom Climb, the women are resolved to raise enough money through their climb to:

…impact 10,000 women and children worldwide by providing rescue, rehabilitation and life-changing opportunities such as skills training, micro-business and education.

The climbers, some who are former victims of sex trafficking, chose to climb the highest free-standing mountain in the world as a “symbolic gesture of the challenging climb that victims face while climbing out of oppression and into freedom.”

The climbers and their supporters have set up a web site for people to keep track of their progress, donate to their cause and learn more about the reasons why they’re undertaking such an extreme exercise.

“Freedom for one woman will not only change her future but all the generations after her! We know we will not end slavery and human trafficking with this climb,” said Cathey Anderson, leader of the Freedom Climb. “We can, however, bring hope and an opportunity for freedom to women and children who currently have none.”

Previous Post Mexico: Finding unexpected joy in street performers
Next PostIn deciding who will be President, Latino voters must ask an important question of ourselves

Mexico: Finding unexpected joy in street performers
Comment
In deciding who will be President, Latino voters must ask an important question of ourselves