Latina Lista: News from the Latinx perspective > Palabra Final > Immigration > Increase in hate crimes against Latinos is no random surge of violence

LatinaLista — Yesterday’s release by the FBI of their 2010 Hate Crime Statistics documenting how hate crimes against Latinos have jumped to 67 percent from 62 percent in 2009 underscores a simple fact — this is not a random surge of violence. 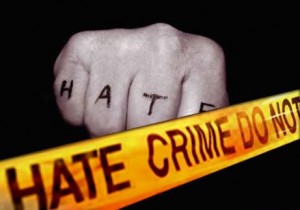 If it was random, I think the numbers would be even higher and the assaults more violent.

As it is, a breakdown of the hate crime offenses reported in 2010 show that 63 percent were crimes against people which included intimidation (46%); simple assault (35%); aggravated assault (18%); and 0.2 percent consisted of 7 murders and non-negligent manslaughters and 4 forcible rapes.

In 2009, the percentage was higher for aggravated assaults and there was a higher number of murders (8) and forcible rapes (9). Yet, simple assault rates remain unchanged between 2009 and 2010. However, intimidation is the only “crimes against people” category that increased from 45% to 46%.

Intimidation, as defined by Merriam-Webster’s online dictionary, means: to make timid or fearful : frighten; especially : to compel or deter by or as if by threats. Intimidating someone is usually done by with words accompanied by a show of strength of some kind — fists, weapons, etc.

Since the simple assault rate didn’t change, one can only surmise that more and more offenders felt empowered, and maybe even justified, to verbally threaten Latinos — especially those assumed to be undocumented.

It’s not a stretch of the imagination.

When you have a frontrunner candidate say he would electrify a border fence and hang a sign, in English and Spanish, that reads “this can kill you” or state legislators who demonize undocumented immigrants by passing legislation purposely targeting them or you have a crowd that cheers a candidate’s stand on withholding medical help to a person who is uninsured, it shouldn’t be a mystery as to why there are more hate crimes against Latinos than at any other time in recent history.

It is ignorant of the presidential candidates and politicians, in general, who think they can say whatever they want, regardless of facts, about undocumented immigrants, just to appeal to their fanbase, and there won’t be consequences.

There are always consequences — and the latest FBI report shows just that.

Previous Post Though more Latina youth go to college, many drop out before getting their degree
Next PostOne Latina mother pleads for Congress to pass the Fix Gun Checks Act

Though more Latina youth go to college, many drop out before getting their degree
Comment
One Latina mother pleads for Congress to pass the Fix Gun Checks Act