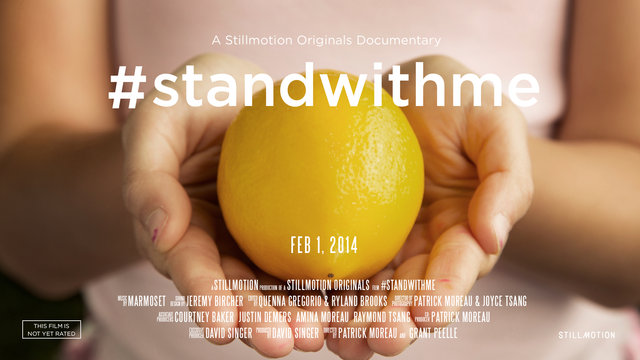 LatinaLista — It is no coincidence that the new documentary #standwithme makes its global debut on February 1, National Freedom Day. The film is about a 9-year-old girl named Vivienne Harr, who was so disturbed seeing a picture of two young boys from Nepal who were enslaved and had rocks strapped to their heads, that she felt compelled to do something. So, she made lemonade and challenged her community to stand with her and support ending child slavery.

The film takes Vivienne’s mission to another level and is challenging everyone who sees it to also take a stand. From Africa to the Caribbean, the film uncovers places in the world where slavery, especially of children, shamefully exists.

On the day of the premiere, February 1, the filmmakers will release the film online at 3 p.m. PST,

And at the SAME TIME, supporters around the globe will come together in their respective cities to instagram their support for the release of the film, and hopefully for the start of a new era to ending modern-day slavery.

#standwithme The Official Trailer. from stillmotion on Vimeo.