LatinaLista — The 23rd edition of the KIDS COUNT Data Book published by the Annie E. Casey Foundation has been released and while the findings are not surprising, they do validate news headlines and what service organizations are seeing in their communities — families are still struggling. 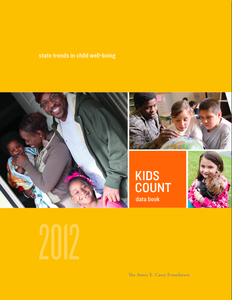 In turn, that’s producing a mixed picture for the nation’s children. According to the report, there has actually been some progress made — more students graduating from high school, national reading and math scores trending up, slightly more children covered by health insurance, and mortality rates down for children. As the report’s authors noted, there’s still room, lots of room, for improvement in these areas but they signal positive trends.

What’s not positive is that, more than ever, disparities are deepening among children based on income, race and ethnicity.

Standardized test scores between affluent and low-income students has grown by about 40 percent since the 1960s and is now double the testing gap between African Americans and non-Hispanic whites, which declined over the same period.

If there was one bit of disturbingly surprising information, it was that the United States ranked 27 out of 31 developed countries in a study measuring for equal opportunities, which determine a child’s chance to “thrive and mature” into successful contributors of a given economy. In other words, it measures children’s chances to attain the American Dream, when speaking about the U.S.

Such a low ranking isn’t indicative of a sluggish economy that is linked to a global recession, but rather it’s indicative of the attitudes that now prevail in this country from Washington on down when it comes to people of color, the poor and the basic rights for quality healthcare, education and programs and services that nurture and guide those families most vulnerable and at risk.

Latino day laborers — doing the same amount of work for less pay
2 Comments
Even if Latino plaintiffs lose in Arpaio case, they may still come out winners