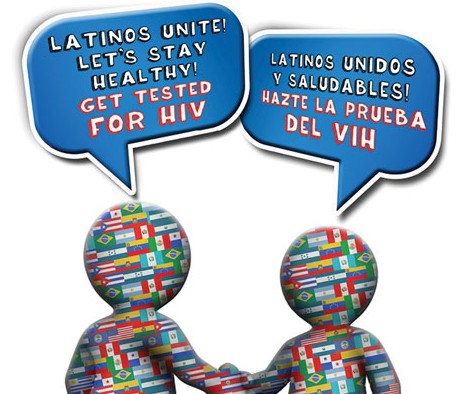 LatinaLista — The Centers for Disease Control (CDC) says that since the HIV epidemic started more than 18,000 Latinos have died from it. Even with all the information available and campaigns broadcast, Latinos are still not getting the message. 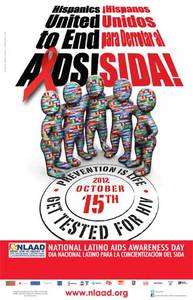 By last account, Latinos comprised 20 percent of new HIV infections even though they only represent 16 percent of the U.S. population. Latinos account for 19 percent of people living with HIV infection, the majority being gay and bisexual Latinos, — and they are still dying from the disease.

It could stem from a simple reason — maybe they don’t know they are HIV positive.

This year’s National Latino Aids Awareness Day wants to make sure everyone knows whether or not they are HIV positive. Organizers are promoting the day (which is today, October 15) with the theme: “Hispanics United to End AIDS.”

The clearest way to combat the dismal statistic within the Latino community is to get tested.

The CDC and other organizations that are working to eradicate HIV admit that Latino AIDS sufferers also have to deal with a number of unique challenges not shared by other sufferers. Namely: poverty, access to care, stigma, migration, acculturation (the process of adopting the cultural traits or social patterns of another group) and (community) homophobia.

It’s well documented that a portion of Latinos afflicted with AIDS are also undocumented migrants who not only bring with them the social attitudes of unforgiving cultures where HIV positive people are shunned and shamed of being ‘discovered’ to have AIDS but also are primarily Spanish-speakers.

For that reason, there are resources available in Spanish as well.

In 2009, over 3,000 Latinos died from HIV/AIDS. In this day and age, it is a senseless death and the only way to make any sense out of the disease is to prevent its spread.

Guest Voz: A new direction for the Dominican Republic — a country already in critical distress
Comment
Latinas are vital to startup success