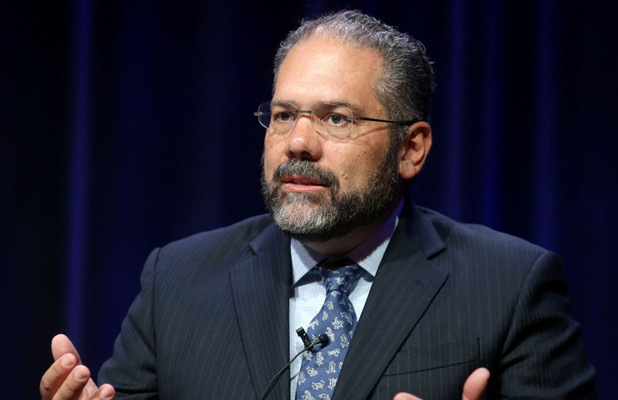 LatinaLista — Like all major industries in the United States, the media industry is suffering its share of holding on to workers. Newspapers and magazines have folded, companies are laying off journalists and everyone seems to be doing these things in an effort to either downsize the company or their workforce and take their brands into new directions.

That’s understandable. What’s not understandable is that these same media companies aren’t giving a second thought to keeping a diversified workforce. They, better than most industries, should understand the value of having a multi-ethnic pool of employees.

The obvious benefit for the media industry to have a multi-ethnic labor force is the stories that can emerge from such diversity. The less obvious benefit is that the same multi-ethnic workers can be tapped to judge whether or not a particular term, story angle or source has credibility or is offensive.

In October, PBS NewsHour announced that their lone Latino correspondent, Ray Suarez, was leaving the program after 14 years. Suarez has gone on record saying that he left because he didn’t see a future for himself at PBS. He recently announced that he would be joining Al Jazeera English hosting his own show titled “Inside Story.”

Suarez says that he left PBS NewsHour under good terms. As for PBS, they say Suarez left too soon:

“NewsHour” told TheWrap that Suarez was given plenty to do on the show, saying “he was assigned to lead the ‘NewsHour’’s global health coverage, he made significant contributions to CPB’s American Graduate Project and his decision to leave came just as we were re-launching the program in a new format that would feature him as the Chief National Correspondent, reflecting his important and frequent contributions to the program.

However, the fact that Suarez was/is the lone prominent on-air Latino at PBS angers many in the Latino community that a network promoted as being for the “public” should not adequately reflect the diversity that exists in the nation.

In response to Suarez leaving PBS and the lack of a multicultural on-air workforce, the National Hispanic Media Coalition sent an open letter to PBS officials

The following is the text of the letter:

Esteemed journalist Ray Suarez’s shocking departure from PBS’ “NewsHour” after over a decade as a senior correspondent should serve as a call to action to the Latino community to address the larger issue of ongoing lack of Latino inclusion at the publicly-funded broadcast network. In an interview, Suarez expressed that he “didn’t have much of a future with the broadcast,” that PBS News Hour “didn’t have much of a plan” for him, that his contributions in recent years were heavily minimized and marginalized many times over, and that his high-level responsibility “had all been gradually taken away.”

PBS’ historic under-inclusion of Latinos is reflected not only in its employment practices, with Latinos being overlooked for new projects and initiatives, but also the underrepresentation of Latinos in its programming, and an alarming lack of transparency about the situation. Given PBS’ lack of transparency, NHMC cannot know all facts pertaining to Latino inclusion at PBS.

Here are the facts as NHMC understands them:
There are no Latinos in senior positions at PBS;
With Suarez’ departure, no Latinos occupy senior positions at the “NewsHour” and, more generally, “NewsHour” is severely lacking Latino anchors, senior correspondents and producers;
There are few, regular, Latino-focused programs on PBS;
Latinos are underrepresented on PBS’ Board of Directors, with only two on the twenty-six-member body;

In 2005, the Ford Foundation made a substantial grant to PBS to promote a number of diversity initiatives, including hiring an individual to spearhead inclusion for the networks. As evidenced above, the results were underwhelming.

Recently, the National Latino Media Council, of which NHMC serves as secretariat, proposed the signing of an MOU to address PBS’ Latino diversity deficits. PBS rejected that MOU and proposed a vague and meaningless two paragraph offer in its place.

For years, National Latino Media Council member organizations have toiled, to no avail, to make PBS more responsive to the needs of the nation’s Latino population. NHMC calls on the Latino community to make it known to PBS that its casual indifference to Latino community concerns is flagrantly disrespectful and that it must expediently address these concerns and agree to the following remedial actions:

Sign a Memorandum of Understanding with the National Latino Media Council that sets specific goals and timetables for the equitable inclusion of Latinos in programming, contracting and employment at PBS;
Hire Latino senior journalists for its “NewsHour” bureaus in Washington, D.C., New York and other local offices;
Publicly release annual equal employment opportunity data with the necessary granularity to track and assess Latino inclusion initiatives;
Commit to increase its news and entertainment programming geared specifically to issues affecting the Latino community by increasing its collaboration with Latino independent producers and talent;
Paula Kerger, president of PBS, and Linda Winslow, executive producer of “NewsHour,” must explain not only how PBS could allow such an important Latino talent like Suarez to be marginalized, but also why PBS has been failing to include the Latino community in its ongoing programming and other operations.

If PBS is not prepared to take these measures, NHMC will convene a meeting with National Latino Media Council members to consider whether public support and federal funds for PBS remain in the best interests of diverse communities and particularly the Latino community.