Latina Lista: News from the Latinx perspective > Causes > Social Justice > Nearly 50 years of Earth Day and at the doorstep of the climate decade: A vision for engagement with U.S. Latinos around climate change

Nearly 50 years of Earth Day and at the doorstep of the climate decade: A vision for engagement with U.S. Latinos around climate change 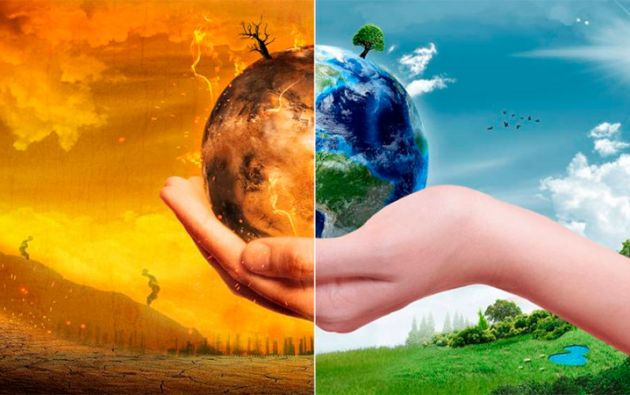 This year will mark nearly a half-century of the celebration of Earth Day. Enacted in 1970 by U.S. Senator Gaylord Nelson (D-WI) and Congressman Pete McCloskey – a California Republican, the first Earth Day brought millions of Americans together to demand action for a sustainable environment.

The massive Earth Day civil mobilization gave momentum to the creation of the Environmental Protection Agency and the strengthening of the foundations of U.S. environmental policy: the Clean Air Act, the Clean Water Act, and the Endangered Species Act, all in that same year.

Almost five decades later, we find ourselves, as a country but also as a planet, at a crossroads in which the path we collectively take will define our world for generations to come: do we do nothing to curb global-warming carbon emissions that are fueling more frequent, intense, costly, and deadly heat waves, flooding, hurricanes, wildfires, and sea-level rise and tidal flooding? Or do we take action, heeding scientists’ warnings that we have until 2030 to drastically reduce emissions before we’re locked into catastrophic climate impacts?

A lot has changed since that first Earth Day – the planet is warmer; we made bipartisan progress to restore the ozone layer; our political leadership is fractured on the scientific basis of climate change, to name a few. But the support of Americans for an environmentally sustainable and climate resilient future is still strong.

As the country has become more ethnically and culturally diverse, the voices of those demanding action are getting stronger and more diverse as well. And those concerns are not just for those who identify as environmentalists – after all, everyone wants (and needs!) clean air, clean water, and clean soil. The link between strong science-based protections and our wellbeing is clear. Recently, more and more sectors of society have chosen Earth Day to take action in defense of science-based health and environmental protections under assault by the Trump administration.

Engagement with U.S. Latinos on climate and a resilient future should be part of a broader vision of social, energy, and environmental equity

The national environmental movement is well-poised to seize a historical opportunity to mobilize large sectors of the population to take decisive action on climate and an equitable transition to a fossil fuel-free future. I feel energized by the “breath of fresh air” that congressional resolutions like the Green New Deal add to the national conversation. I feel similarly inspired by the youth and vitality of the Sunrise Movement, evidence that young Americans are acting on climate.

How do Latinos fit into this society-wide mobilization—and what’s at stake for them?

U.S. Latinos—the youngest, fastest-growing demographic in the country—are increasingly demanding strong action. In communities along the U.S.-Mexico border and cities like Chicago, Los Angeles, New York, and Miami—where large Latino populations live—people are more worried than the average American across the country about global warming, and show support for both reductions of carbon emissions and congressional action on climate. This is not surprising – Latinos have experienced the ravages of a changing climate in their countries of origin (or their ancestors’), and these experiences are a large driver of climate displacement from Latin America to the U.S.

As my NRDC colleagues and me have reported before, U.S. Latinos are made particularly vulnerable to climate threats by where they live and work (in both rural and urban settings), and these impacts are magnified by socio-economic disparities. The recent dramatic migration of Puerto Ricans to U.S. states after Hurricanes María and Irma, and the slow recovery of Houston’s low-income Latino neighborhoods after Hurricane Harvey reinforce how Latinos are overburdened with climate impacts in the U.S.

In spite of these disparities, there are social and demographic shifts that signal that Latinos are playing an increasingly important role in our economy as the aging Baby Boomer population retires. Latinos of all working ages—young, mature, and elderly—accounted for 70 percent of the U.S. workforce increase in recent years, adding much-needed dollars to the gross domestic product (GDP) as well as to Social Security reserves, which are diminishing as boomers cash retirement benefits.

Among young Latinos, the numbers are more telling: Latinos 16-24 years of age are entering the civilian workforce at double the rate of non-Latinos. U.S. Latinos are making strides in political life as well, as the percentage of Latinos elected to office went up by 10 percent in 2017.

Given both the increasing demographic, political, and economic importance of Latinos and their desire for action, leaders in the environmental movement need to articulate a vision of equitable engagement with the U.S. Latino community if we are to realize the Green New Deal’s promise of an equitable climate-resilient future for all – not just for Latinos. That vision requires strong leadership that:

On the occasion of Earth Day 2019, I reflect on how Latinos and other immigrants enrich the cultural, scientific, political, and civic engagement tapestry of the country, and hold the key to the dream of a Green New Deal. Latinos and other populations of color will continue to increase their share in the workforce—and will continue to be seriously affected by climate change.

We need to invest in the emerging workforce to empower a healthy, economically secure, and resilient workforce. We must not forget that the Boomer generation was made possible largely due to access to housing, consumer credit, technology, transportation, and especially good jobs—access that was possible only through significant societal investments that paid off by creating a social and economic boom for the country.

Though our times are very different, history tells us that investments in the workforce will continue to create wealth for the country, and doing that equitably is a critical part of the solution to the planetary climate crisis.

Dr. Juan Declet-Barreto is a Voces Verdes leader and climate scientist of the Union of Concerned Scientists.

communities of color, earth day, environment, latino, minorities
Previous Post Young Latina 'speaks out' on the importance of including diversity
Next PostHave native-born Latino voters surrendered to the 'new normal'?

Young Latina 'speaks out' on the importance of including diversity
Comment
Have native-born Latino voters surrendered to the 'new normal'?