LatinaLista — During the vice-presidential debate, Vice President Joe Biden angered the Catholic Church and pro-Life activists when he said that though he personally believed that abortion was wrong, except in certain circumstances, he felt just as strongly that his own personal beliefs on the issue weren’t imposed on women of different faiths and opinions. 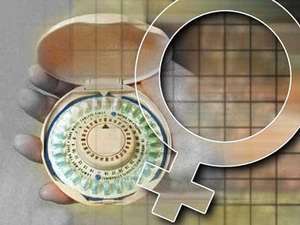 It’s an opinion that his opponent, Rep. Paul Ryan, didn’t agree with, as other members of the GOP party.

But it was a sentiment that most women, inside and outside the United States, appreciated. The notion of the government dictating reproductive decisions is something, in this modern era, that is not only outdated and primitive but happens too often as illustrated in a new policy analysis by the Guttmacher Institute.

Governmental Coercion in Reproductive Decision Making: See It Both Ways by Sneha Barot presents both extremes of government involvement in reproductive health decisions. In the report, the author cited China’s forced abortions and sterilizations and the United States state legislatures passing coercive abortion restrictions as proof that such federal intervention is unwanted by women in those situations.

Barot cites that such forced intervention by conservatives in the United States towards women’s sexual reproductive decisions serves as a loud example of limiting womens’ freedom.

“These laws are intended to push reproductive decision making in one direction—toward pregnancy and childbearing,” says Barot. “That such pressure violates the essence of anti-coercion policies has never been acknowledged by conservatives, who are quick to condemn coercive efforts to stop pregnancy.”

featured, Guttmacher Institute, women's reproductive health
Previous Post In the history of social media, Latinos play a big part
Next PostGlobal Oneness Day strives to change how the world sees mankind's relationships with one another

In the history of social media, Latinos play a big part
Comment
Global Oneness Day strives to change how the world sees mankind's relationships with one another