LatinaLista — Zane Seipler used to be a deputy at the McHenry County Sheriff’s Office in McHenry, Illinois until he got fired for being a whistle-blower. It seems Seipler noticed that his colleagues on the force were handing out a lot of traffic tickets to Latino drivers and purposely misidentifying them in their reports. 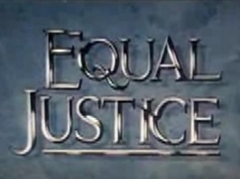 And according to the outcome of a recently completed internal investigation, the deputies are not racially profiling motorists.

The investigators did find that:

The concluding analysis was that because there was no uniform guidelines as to how to identify motorists, without asking them directly, mistakes would be made.

It’s a plausible explanation but it doesn’t explain away every instance where Latino motorists are stopped simply because they are Latino. The fact is racial profiling exists and Latinos are being singled out from traffic stops to assaults.

The first part of the new study from the National Institute of Justice (NIJ), conducted by researchers at Northeastern University, found that anti-Latino hate crimes were on the rise nationally.

Understanding Trends in Hate Crimes Against Immigrants and Hispanic-Americans is a project of the NIJ directed by Congress to “evaluate trends in hate crimes against new immigrants, individuals who are perceived to be immigrants, and Hispanic-Americans”. What makes this project different is that there will be an attempt to go beyond the numbers and actually identify the causes behind the increase.

However, the first part is all about the numbers in the four states selected to tabulate the data. Meeting certain qualitative indicators, the states where the researchers will focus analysis are: California, Texas, Michigan and New Jersey. Arizona will be studied in a supplemental analysis.

So far, the researchers have discovered that while Texas and California are home to the most Latinos in the nation, they’re also unique in that each state registered the highest number of hate crimes against Latinos.

Also, on a national scale, “the data suggests that there may be a slight rise in hate crimes against Hispanics from 2004-2008 (476-562), although the effect is modest when some modeling techniques are used, and disappears in other types of models.”

The next phase of the study will look at reasons why Latinos are being targeted — which hopefully will lead to longterm solutions that will help stem a negative perception that is not only false but dangerous.