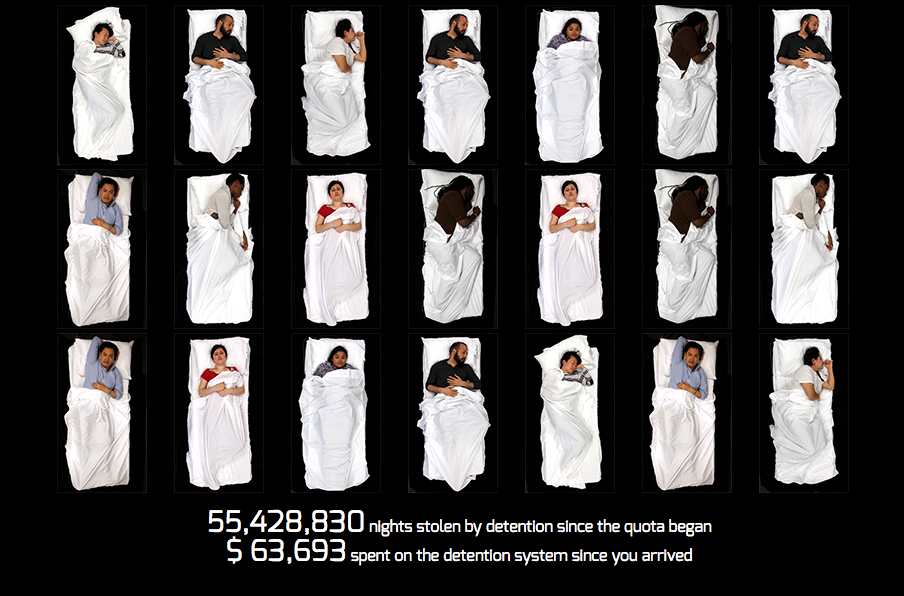 LatinaLista — There’s a little known congressional mandate known as the “detention bed mandate.” Passed in 2009, Congress requires U.S. Immigration and Customs Enforcement to “incarcerate 34,000 immigrants in jails and detention centers in the U.S. at any given time.” It’s not important to U.S. authorities if some of the immigrants have no criminal record and are supposed to be considered “low-priority.” Hardened criminals are jailed alongside the “innocent” lawbreakers for one reason — to fill those detention beds.

The Detention Watch Network (DWN) has been campaigning Congress to end the detention bed quota (#EndtheQuota). On their website, the DWN cites the reasons why implementing such a quota system is bad news:

With a guaranteed need for detention “beds” or jail cells, the detention bed quota essentially forces the use of facilities that have poor track records in which innumerable human rights abuses and dozens of deaths have occurred. These facilities have issues ranging from no access to the outdoor space, maggot- and worm-infested food, and wholly inadequate medical and mental health care…

…the cost to maintain this unmanageable system is excessive. In 2012, ICE detained an estimated 478,000 immigrants and the ICE’s current detention budget is just short of $2 billion.

However, the most disturbing aspect of the detention bed quota is that it treats each incarcerated immigrant simply as a product, rather than a human being with a life and loved ones. When seen from that perspective, it’s hardly surprising that immigrants are referred to and treated with such little respect or compassion.

While the DWN wants Congress to rid the detention bed quota, they also want everyone to realize that each of the people in those beds are like our own family members, neighbors and friends, and have their own story to tell.

To raise awareness of the humanity affected by this mandate, the DWN teamed up with MIT’s Codesign Studio to create a micro-site dubbed “Bedtime Stories.”

An animated graphic featuring rows of detention beds each filled with a real detained immigrant greets visitors to the site. Simply rolling over each person brings up their personal story in an effort to humanize the plight of detained immigrants. The site also tracks the number of nights at home with their families these immigrants have been deprived of, as well as, calculating the total cost over time of the bed detention quota.