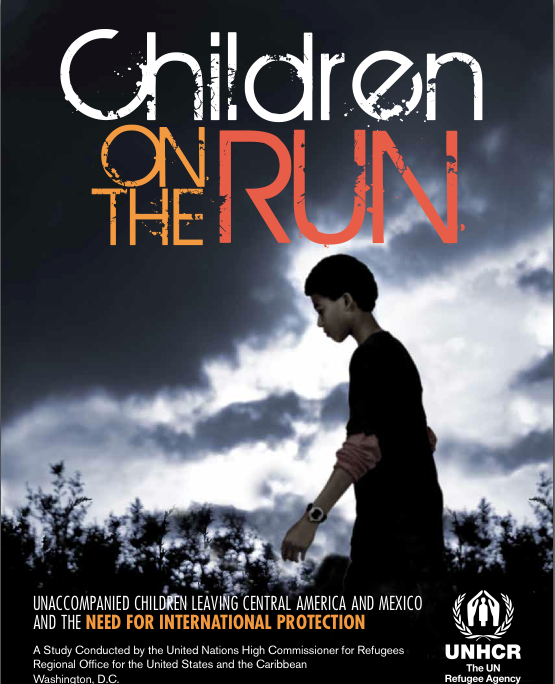 LatinaLista — Since the start of the Syrian conflict, network news shows have devoted hours of coverage on the traumatizing effect that the conflict is having on the children — and, rightly so. Whenever children are victimized by situations they have no control over, it should become a global humanitarian concern and a call to action.

However, a new report by the UN Refugee Agency shows that Americans don’t have to look only to Syria to find huge numbers of children traumatized and suffering — we have only to look at our southern border to find a situation closer to home and just as compelling for global action.

It is estimated that 60,000 children will arrive on US soil this year from Mexico, Honduras, El Salvador and Guatemala. Not with their parents, but alone. Many will be looking for their parents who may be undocumented and living in the U.S., working and sending what little money they make back home. Others may be trying to escape gang violence in their neighborhoods where, if they don’t leave, their lives will be taken over by the brutality of gang violence.

All these children have a good reason for coming to the United States. When they get here, they want to stay but current U.S. immigration policy has Immigration and Custom agents deporting the vast majority of them back across the Mexican border to an unfamiliar town — regardless of their age — within hours of their arrivals — smack into the hands of waiting cartels, pedophiles, human traffickers, etc.

In the new report Children on the Run, researchers asked 404 children, between the ages of 12 and 17, who made the long, dangerous trek alone from their home countries, the reasons why it was important to come to the United States.

According to the report, over half of the children (53 percent) wanted to reunite with family members living in the U.S. but for 58 percent of these children reuniting with loved ones came in second to escaping the violence either in their own homes or neighborhoods back home.

Troubling stories emerged from the interviews with the children:

I am here because I was threatened by the gang. One of them “liked” me. Another gang member told my uncle that he should get me out of there because the guy who liked me was going to do me harm. In El Salvador they take young girls, rape them and throw them in plastic bags. My uncle told me it wasn’t safe for me to stay there and I should go to the United States.
MARITzA, EL SALVADOR, AGE 15

Gangs in a nearby neighborhood wanted to kill me and some other people. They wanted me to give them money, but what money was I supposed to give them? I didn’t have any. They asked me a bunch of questions, like who was my father, and who was my family. I told them my father was dead. They told me to say goodbye because I was going to join my father. They asked me if I knew who they were, if I could identify them. I said no, because I knew if I said yes they would kill me. They held my cousin and me for three hours, tied up. My cousin was able to untie the rope and he helped me untie mine. We heard gun shots and we ran. They kept looking for us, but we escaped.
DAVID, GUATEMALA, AGE 16

I’m tired of so much crime, of so much blood on the streets. Reynosa – it’s hell for a young person.
MIGUEL, MExICO, AGE 14

The report’s authors found that the vast majority of children cited reasons that are classified as “international protection needs.” The term is defined as:

International protection is the responsibility of States to protect their citizens, but when Governments are unwilling or unable to protect their citizens or others who reside in their territory, individuals may suffer such serious violations of their rights that they are forced to leave their homes and often even their families to seek safety in another country.

Because, by definition, the Governments of their home countries no longer protect the basic rights of these individuals, the international community must step in to ensure that those basic rights, as articulated in numerous international and regional instruments, are respected.

The Immigration and Custom Enforcement agency, along with, the Border Patrol have not been accountable in the treatment of these children apprehended at the border. The report’s authors believe that because of the actions of the U.S. government, the true extent of what is happening to these children could be far worse than what is anecdotally collected.

By all accounts, children arriving to the U.S. from these four countries continue to rise in numbers and in the numbers among them with potential international protection needs.

Guest Voz: Latino & African American students more isolated in schools today than in the past
1 Comment
Video: No justice to be found for undocumented immigrants killed by U.S. Border Patrol agents