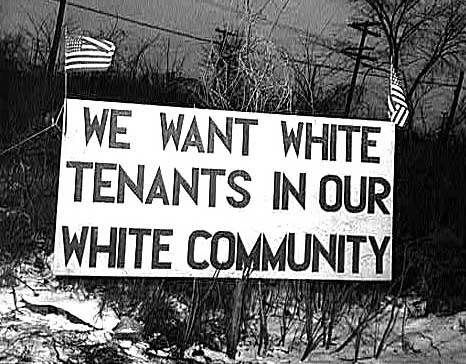 LatinaLista — Go to most towns and cities in the country and you’ll most probably find one section where whites live, another for Blacks and still another for Latinos or other residents of color. Some small towns were even known as Sundown Towns, meaning that if you were a person of color, you better not be seen outside after the sun went down.

This kind of racial segregation and outright threatening discrimination underscores the long history US society has with structural racism.

Also known as societal racism, it’s defined in Wikipedia as referring “to racist attitudes within a society…because, according to Carl E. James, society is structured in a way that excludes substantial numbers of people from minority backgrounds from taking part in social institutions.”

It’s against this backdrop that gives greater validity to new findings coming from a Boston University School of Public Health (BUSPH) study that discovered that states that had a greater degree of structural racism, especially residential segregation, were also more likely to have fatal police shootings of unarmed minority victims.

Believed to be the first study of its kind to look at data on the state level of structural racism and fatal police shootings of Black victims, researchers created an index of structural racism indicators, such as residential segregation, economic inequality, employment status, education levels, and incarceration rates.

Researchers surprised themselves at the strong correlation revealed in their analysis — the greater the score in any of the index indicators, especially residential segregation, the greater the increase in the state’s ratio of shootings of unarmed black victims to unarmed white victims.

“This research should change the conversation about the problem of police shootings,” said senior author Michael Siegel, professor of community health sciences at BUSPH. “Part of the resistance to openly discussing this issue is that many people feel offended by criticism of people who are risking their lives to protect all of us. Our study suggests that this problem is not simply about the actions of individuals, but about the actions of all of society. Hopefully, reframing this from an individual to a societal problem will pave the way for a meaningful discussion about institutional racism.”