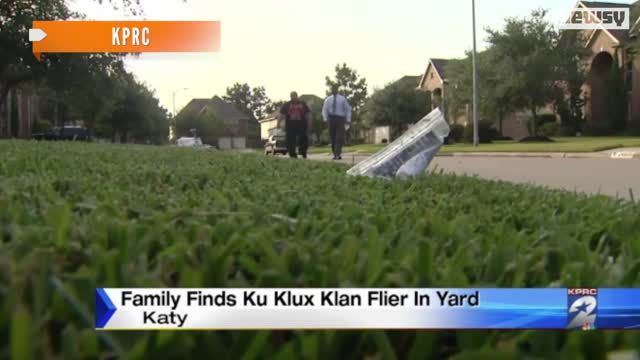 LatinaLista — It’s not uncommon to see the immigration issue used as fodder to attract voters or recruit members to border militia groups and ultra-conservative groups. Yet, the latest group to specifically feed on the fear of the ignorant about the immigration issue left more than just a bad taste in people’s mouth.

Throughout several states, remaining members of the Ku Klux Klan are throwing baggies of candy and fliers into people’s yards to try and recruit them to join the Klan. The issue Klansmen hope will convert people to their white sheet ways is, what else, immigration.

When it comes to how long so-called patriots have seized on this issue to promote hatred, racism and divisiveness in the country, the Ku Klux Klan are pretty late to the game. However, their efforts are no less disturbing and revolting.

Crowdfunding Campaign: Revealing the stories of the "other" Latinos who call Miami home
Comment
Changing the complexion of news media calls for revolución