LatinaLista — After Pedro Valencia was found to have a rare brain tumor, he had only one wish of a local nonprofit whose mission is to make the final wishes of the terminally ill come true. Pedro wanted to return to Mexico where his brother and sisters lived — family he hadn’t seen for over 25 years. 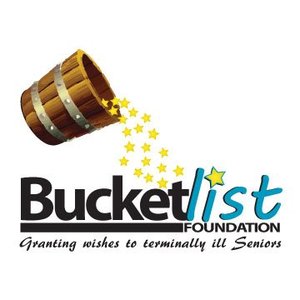 It isn’t uncommon for organizations to grant the wishes of terminally ill children but children aren’t the only ones who have dreams. Everyone does. For those seniors, who are terminally ill, that last wish could be the key that allows them to leave this existence more at peace.

The Bucket List Foundation is one of the few organizations dedicated to granting the wishes of terminally ill senior citizens. Based in Phoenix, Arizona and founded by hospice and palliative care RN, Kimberly Dawn Iverson, Iverson was asking her patients if there was anything left that they wanted to do in their lives. The responses surprised her.

“Most are not looking for a fantastical wish. In fact, many of the responses seem like such simple requests; however, because of their disease process and physical limitations, financial means or emotional outlook on life, these simple wishes seem grandiose and unattainable,” Iverson said.

At first, Iverson used her own money and volunteered her time to fulfill the wishes of as many of the seniors in her care as possible. It soon became an overwhelming job. In 2011, Iverson established the Bucket List Foundation with a simple mission:

Dedicated to embracing LIFE, fulfilling DREAMS and bestowing LOVE to those at the end of life’s journey.

So far, over 20 wishes have been granted. They have ranged from reconnecting with estranged family members, taking a ride in a helicopter, help moving into a group home, going deep sea fishing, getting a new couch to fit the entire family, to even taking a ride on the local light rail system and ending it with a “wonderful lunch.”

The Bucket List is growing as more families hear about the unique service Iverson and her volunteer staff provide. Wish submission guidelines and forms are found on the website, along with, an easy way to donate.

Also on the site are the stories of each wish that has been granted and follow-up as to how the grantee is doing. In the pictures posted with each story, there is one unmistakable common image — a happy smile.