LatinaLista — Word in the street is that the US economy is not getting better. People continue to be laid off, homes continue to be foreclosed upon and families continually find themselves homeless. There’s no city in the country that has felt more deeply the impact of this bad economy than Las Vegas, Nevada. 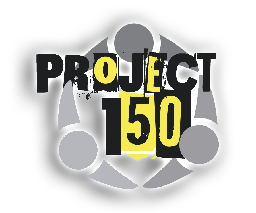 Yet, while the local economy was known to have suffered greatly, it was a surprise to the city to find out in December just exactly how it had impacted some families. A news report done on a local high school at Christmas revealed that at the one high school there were 150 homeless teens. The School District documented 5,984 students in elementary through high school who were homeless in the 2011-12 academic year.

The disturbing reality shocked some Las Vegas residents so much that they soon got together to help. But what they thought was just a good deed to make some kids’ Christmas happy turned out to be a much bigger project. A project soon dubbed Project 150 — the number referring to the original number of homeless teens featured in the news report’s high school.

Only a few months old, Project 150 is already being seen as a lifesaver for area homeless teens.

So far, Project 150’s volunteer force has grown to more than 40 people serving 14 high schools, and the nonprofit has helped raise about $25,000. The group divvies up the money to buy an assortment of nonperishable food items, clothing, toiletries and school supplies.

The group created a web site and has seen an outpouring of support from the local Las Vegas community but they’re also seeing a much bigger need than previously imagined as well.

With just a few weeks before Christmas, we knew that the need to provide some sort of Holiday support for these students was paramount. The initial call to action was to help 17 families who had not yet been sponsored. We received a ground swell of support and within a short period of time, we were able to deliver 3 truckloads of supplies to the families. It was an inspiring event.

The success of our first event provided a true vision of what needed to be done. We knew that this could not just be an annual “holiday” endeavor, but rather an EVERYDAY venture to help provide the needs of all Clark County’s homeless high school students.

Reexamining the U.S.-Honduran Relationship
Comment
Latino and immigrant food workers likely to experience high levels of discrimination in the industry