LatinaLista — News about food prices isn’t getting any better. In fact, there are predictions that it will get a lot worse because of the massive drought across the country. 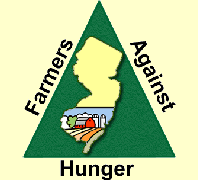 That’s really bad news for families who are already living on the edge and for those who are struggling to buy food with their allotment of food stamps. If only there was a way to match local farmers with these families.

There is and a program in New Jersey calls it Farmers Against Hunger.

Farmers Against Hunger helps local farmers with their surplus produce donate it to those who feed the hungry. Created in 1996 by several farmers, the organization was “designed to link farmers, grocery stores and produce suppliers with over 60 emergency feeding organizations, soup kitchens and service organizations, as well as providing produce to the state’s food banks.”

In its 10-year existence, the organization has collected and distributed free-of-charge more than 15 million pounds of produce. Children, seniors and the working poor are usually the most common recipients of the food.

What is cool about the program is that it does much more than just collect food.

Given the deteriorating economy, it’s clear more of these kinds of programs will be in demand to keep people from not only going hungry but eating the kinds of foods that can deliver the vitamins and minerals everyone needs in their diets — but for the very poor, is usually out of reach of their daily budgets.