LatinaLista — Out of all the school supplies a child needs to be ready for the school year, the backpack is one of the most essential. Unfortunately, it can also be the most costly, not counting calculators or uniforms. Many nonprofits around the country are giving away backpacks to students whose families can’t afford them. 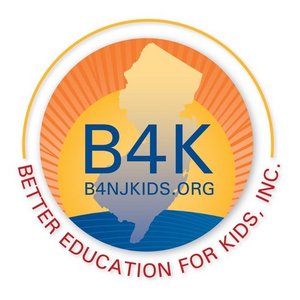 One such nonprofit in New Jersey, Better Education for Kids (B4K), is handing out over 30,000 backpacks — and they’re not stopping there. In each backpack, children will find six pencils, two notebooks and folders, and one glue stick, pencil sharpener and eraser. Just the basics to get started on the right foot this school year.

Yet, B4K knows that it takes more than a backpack with a few supplies in it to ensure children get a good education. The nonprofit is on a mission to ensure that children in New Jersey get that good education by demanding reform of the educational system that align with the group’s core principles.

B4k, an arm of the education reform advocacy group Better Education Institute, is working towards change that is both long overdue and long expected. Among the goals the group wants to accomplish are:

Though education reform isn’t as high on the list of issues that are being addressed by the presidential candidates, it’s still an issue that needs immediate attention and one which local organizations realize that increasingly it’s up to them to do something to change the educational outcomes for their state’s future breadwinners.

education, featured, New Jersey, reform, students
Previous Post Guest Voz: Going Undercover at the GOP's Voter Vigilante Project to Disrupt the Nov. Election
Next PostGOP Party Platform may not be set in stone but it sure does throw its fair share of rocks

Guest Voz: Going Undercover at the GOP's Voter Vigilante Project to Disrupt the Nov. Election
Comment
GOP Party Platform may not be set in stone but it sure does throw its fair share of rocks