Latina Lista: News from the Latinx perspective > Causes > Philanthropy > Non-profits take backseat to political donations, but which is the better community investment?

Non-profits take backseat to political donations, but which is the better community investment?

PUERTO RICO — Where should the lines be drawn when communicating the crude reality about non-profits? 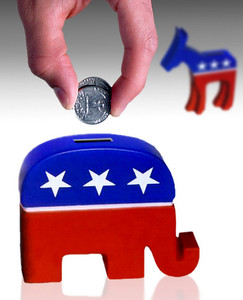 For attempting to say this, an article was censored in Puerto Rico unless the opinion article was “softened”. Surprising, right? This prompted a profound discussion about the difference between editorials and opinions.

While we all should strive for objectivity, this does not mean that honest and forthright opinions cannot be made. Most newspapers pride themselves by including sections where individuals are allowed to express their opinions and voice their thoughts and comments on the multiple issues affecting their communities.

Apart from opinion pages, there are also editorial pages, where the editorial board of any given newspaper will present their respective position about the news of the day.

While we should read everything in the opinion sections with a ”grain of salt”, we believe in free press. Opinions are opinions, and an example of freedom of speech on behalf of individuals. If newspapers are going to pass as we say in Spanish “por el cedazo” (through the strainer) all opinions before they are published, then where do we draw the line?

We concur with Voltaire, when he said; “I may not agree with what you say, but I will defend you to the death your right to say it”.

The voices of the non-profits have very little space in media. Many times information related to the Third Sector is relegated to the “social pages” or when the headlines report whenever there is a problem surrounding a specific cause or organization.

We believe it is a disservice of any newspaper that requests of its’ opinion writers to “soften” their writing, especially during an electoral year. The thought reminds us of the frail freedom of speech that still exists in many Latin American countries and in many other spots around the world, but we were not expecting this in Puerto Rico.

Regardless, we still need to present the information about “la piña agria”, which means that for most Latins times are hard, the economy is in a precarious condition and there is very little money or resources. However, we are appalled by the vast sums of monies that political incumbents and candidates are getting.

We hear and read weekly about all the political fundraising events that include a wide variety of costs to go have breakfast, lunch, cocktails or dinner with political candidates or incumbents. Much can be written about many of the fundraisers that are held at private homes, too.

We just wish to suggest that donors to political parties consider and reconsider making donations to causes that are closest to them, many times in their own communities. Everyday, thousands of non-profits have to make “de tripas corazones” to be able to subsist. We are defending those bonafide organizations — not those that hide behind a name, are really “for-profit” and/or have a hidden agenda.

Was it bad to suggest that people should make less donations to politicians and consider making an investment in the cause of their choice that aids in giving others a better quality of life?

The truth is that many non-profit organizations have had to cease operations due to the lack of funds. For them, “la piña está agria de verdad”.

Let us be aware of censorship and not be blinded by just making political donations. Let’s consider making investments in our own communities, one organization at a time, aiding organization’s that truly are making a difference.

Latina Lista contributor Lilly Zeller is based in Puerto Rico where she represents the interests of the Third Sector via websites — Talking about Philanthropy and Third Sector Awareness, and in her position on a government committee overseeing the impact of budget cuts on Third Sector programs.

featured, nonprofit, philanthropy, politics
Previous Post Contenders for the Mole Crown
Next PostNew national Registry of Exonerations forces all to see an uncomfortable truth in the judicial system