Latina Lista: News from the Latinx perspective > Columns & Features > American Dreams > Deportation to Shattered DREAMs: “Something is wrong with the U.S. immigration system”

Deportation to Shattered DREAMs: “Something is wrong with the U.S. immigration system”

I sat for hours in that cell at the detention facility with a blank face staring at the colorless walls. Occasionally, I would glance over at other detainees and wonder about their personal circumstances that led them to be in the same room with me. 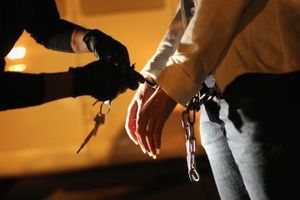 One could easily differentiate between the detainees who had been locked up for sometime from those who had been recently apprehended, as they were wearing their orange prison uniforms.

I heard the sobs of the woman I saw earlier that morning seated next to me in the van that transported us to the detention facility. She had been arrested in front of her U.S. citizen daughter when she was about to drop her off at school.

She was a single mom and her child had a mental disability. The worst part of it was that she had an immigration case in process to adjust her legal status and was unsure of what prompted ICE to apprehend her.

I continued to listen to the stories many of the women began to share and one thing became clear to me…something is wrong with the U.S. immigration system.

Some of the women were legal residents placed in removal proceedings due to minor nonviolent offenses, clearly not “criminals” as defined by the Department of Homeland Security. Others had been waiting for a review of their cases by a judge, but instead of being released to wait for the review, as they should have been, they had been locked away for months.

The majority of these detainees lacked proper legal representation, to ensure fairness in review of their cases. I had often read and heard of ICE practices of expediting removal proceedings without due process and that day I witnessed it in the stories told by these women.

As for me, I was unsure about my own legal predicament. About a year before, I had discovered my legal case had been filed fraudulently by the notary who had been working with my parents for almost 10 years in our family application for political asylum/cancellation of removal.

As much as I sought legal counsel to do something about my case from the time I found out, all the attorneys I consulted were consistent with their assessment: I had no legal basis for re-opening my case since I didn’t qualify for legal relief.

I spent eight hours in detention, continually waiting for a sign of hope. It was around 4 pm when I was notified I had a visitor and was directed to a private office. It was an official from the Mexican Consulate who arrived per request of my friends who learned about my detention earlier that morning when I had a chance to make a couple of phone calls to my family and friends.

I quickly briefed him of my situation thinking there was something he could do to aid my plea and perhaps I could have a judge review my case. But that hope was short-lived.

The immigration officer interrupted our conversation to tell me it was time for me to board the next bus to Tijuana. The only thing the consular officer could do for me was to notify my family that I was going being sent back to Mexico that same day.

I got on the bus which I estimated could hold about 40 people; it was almost full. I quickly took my seat at the front which was reserved for women. There were only two of us among the rest of the male passengers. The feeling of anticipation that had been with me all day as I awaited my fate faded and was replaced by fear as I sat on that bus which was now heading south to a border town where I knew no one.

Nancy Landa is a deported honors graduate and former student President of California State University, Northridge (CSUN). Nancy resides in Tijuana since her deportation in 2009 and has shared her story to highlight the need for comprehensive immigration reform in the U.S. You can follow Nancy on Facebook and Twitter @mundocitizen.

deportation, detention, featured, undocumented immigrants
Previous Post Video: Explaining the true story behind Latin American migration to the U.S.A.
Next PostOctober: Over 50 observances and special days mark a busy month to remember and be pro-active

Video: Explaining the true story behind Latin American migration to the U.S.A.
4 Comments
October: Over 50 observances and special days mark a busy month to remember and be pro-active