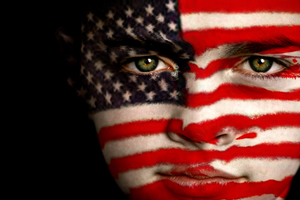 Barack Obama won re-election. His actions on immigration in his first four years were indefensible and extremely anti-immigrant.

Nonetheless, he did do one thing that concretely benefited immigrants: Deferred Action for Childhood Arrivals (DACA).

Now that the election is over, immigration reform advocates must push the Obama Administration to depoliticize DACA and expand it to 1. eliminate any residency requirement; 2. to include children who entered the United States before the age of 18; and 3. to carve out exceptions to the education requirement for exceptional circumstances that made it difficult to attend school in the United States.

DACA in its current form is arbitrarily restrictive. Many support DACA and the Dream Act because the undocumented beneficiaries were brought to the United States as children and therefore cannot be held responsible for immigration law violations.

First.    To qualify for DACA, an individual must have entered the United States prior to reaching the age of 16. Any child who entered after turning 16 is rendered ineligible for DACA. That means that thousands of 16 and 17-year-old undocumented children are left undocumented for no discernible reason.

The 15 and under requirement penalizes many 16 and 17-year-olds because their parents thought it more prudent to smuggle them into the United States at a more mature age.

Alternatively, many 16 and 17-year-olds came the United States to escape violence in their homelands yet are not eligible for political asylum. The only substantive argument to exclude 16 and 17-year-olds from DACA is that they are more responsible for their transgressions given their older age.

Given that so many of these children came to the United States out of necessity, the apportionment of responsibility for the violation of the immigration law becomes substantially undermined. Regardless of the reasoning behind a 16-17 year old violation of the immigration law, the rationale behind the argument to exclude them from DACA seems more political than substantive.

Second.   An individual must have entered the United States on or before June 15, 2007. That means that any undocumented child who entered after the date of June 15, 2007 is destined to remain undocumented for no discernible reason.

The law does not explicitly spell it out, but the rationale behind residency requirements is implicit: the more time one has been in the U.S., the more one’s violation of the immigration law is mitigated.

The Obama administration cannot in good faith tell the tens of thousands individuals eligible for DACA but for the fact they entered the United States after June 15, 2007 that they are any less deserving of DACA.

Furthermore, those who entered after June 15, 2007 need DACA more than the current beneficiaries. Most of the minors who are in deportation proceedings are not eligible for DACA. Many have recently arrived in the United States fleeing unthinkable traumas in their home country yet are being punished for their recent entrance into the U.S.

Paula, a 14-year-old, was living with her elderly grandmother because her parents–who have temporary protected status–were working and residing in the United States. Without adequate supervision, Paula was raped regularly by gang members over the course of several years. In 2011, when the gang members told Paula she would be killed, Paula cracked and told her parents what was happening. Her parents arranged immediately for her to be brought to the United States illegally.

Paula was placed in removal proceedings when she arrived in the United States. ICE is now trying to deport her. Paula’s parents registered her in school and she is doing okay.

Third,  there are many individuals who qualify for DACA except for the fact that they never attended school in the United States.

In many instances, these children did not go to school because they had to work to support themselves or their families. To many immigrant youth, school is a luxury.

Many came to the United States alone or were subsequently abandoned by their parents in the United States. Without an adult to provide basic necessities such as clothing, housing, and food, it is unreasonable to expect these children to attend school.

As in the example of Paula, for many traumatized immigrant youth it is impossible to pass with satisfactory grades, especially if they live without parents.

On the issue of immigration, Obama’s record consisted of empty rhetoric until he announced DACA. As despicable as the political motivations behind DACA were, it is impossible to deny the fact that it has and will profoundly and concretely benefit tens of thousands of young immigrants.

Obama must expand DACA so that his actions conform with his lofty rhetoric that inspired so many immigrants 4 years ago.