The Rise of a New Movement – Los Otros Dreamers 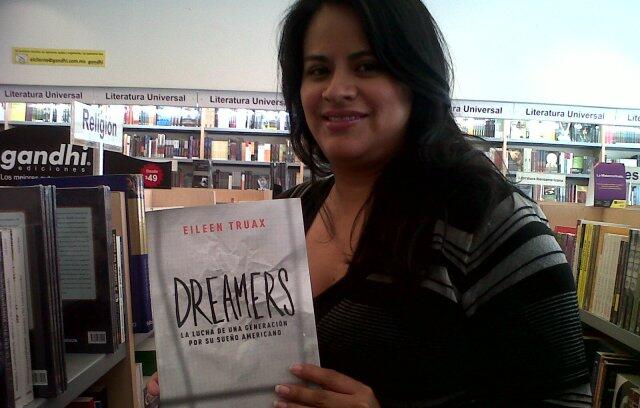 I sit still on the chair in the main office lobby waiting to be called in for my job interview. I do my best to maintain a calm and collected demeanor, reminding myself that I am usually good at this sort of thing. I tend to be fully prepared to answer the typical questions you are asked during an interview: Tell me about yourself? What are your strengths and weaknesses? Why do you want this job?

But this time is different. I am no longer that self-assured professional I once was. Sitting there is a broken soul, displaced and lacking a sense of purpose… a deportee. Her inborn instinct for survival is the only catalyst left in her. A life of 20 years in the U.S. vanished the moment she was returned to a border town she had not seen since she crossed as a child. To start again after losing everything overnight.

Friends were my guardian angels as they came to the rescue. They are always there when you need them the most. But in certain situations, help can only go so far.

Those who had an acquaintance in Tijuana would help with making an introduction, explaining my situation and asking to assist me in finding a job. However, it seemed that out of politeness or respect for their friendship, their response of — Sure, I’ll help in whatever way I can — was a courtesy that translated into empty words.

But understandably, having lived a wave a violence that plagued the city with the recent War on Drugs, a possible concern of helping a deportee seemed valid. Factor in the belief that all of those deported must have committed some type of criminal offense made us be perceived as dangerous.

The best possible reaction I could have received from others is one of pity. I came to terms with my harsh reality. I was forced to live once again in the shadows, now of deportation and in my own country of nationality.

Suddenly, a tall man dressed in business casual attire steps into the lobby and introduces himself as the hiring manager. We walk through the call center area, full of cubicles where I could hear employees handling calls with English-speaking customers. We then arrive at his office.

As we begin the interview, I try to forget that I have been unemployed for six months so that I am able to relax and focus. He begins to glance at my resume, goes through the interview protocol, and seems to be impressed with my professional background. Then, as expected, comes THE question — “After being in the U.S. for so long, why are you back in Mexico?”

I now know better how to answer that question. Evading any detail, I camouflaged the deportation for a story about “choosing” to return. My answer was surprisingly nonchalant, conveyed with such ease that hid the shame I was feeling underneath. Midway through my interview, I realized that I was overqualified for this job. No college degree required. All you needed was the ability to speak English well. I convinced myself to take the job offer as it was the best I could do.

That is how my transition in Mexico began, with a life of denial, negating a past that could never be erased. A nine year-old girl does not choose to cross the border illegally. After living most of your life in a country that has become home, even with the hardships of unlawful presence, returning back to a place you have no connection to does not seem to be an option.

Nonetheless, I had to live with the consequences of choices that were not mine to make.

I lived an injustice that became invisible and insignificant to the broken U.S. immigration policies that have created a system of expulsion and to Mexican authorities and institutions that are negligent to the plight of returnees, whether they return voluntarily or through deportation.

The process of integration then becomes as complicated as living as an undocumented immigrant somewhere else. Over time, I have realized that those like me are a growing number and that we could not go any longer without exposing it.

In the same way as the new generation of Dreamers in the U.S. has led a movement to demand humane and comprehensive immigration reform, we returnees need to do the same back “home”. We need to ask that our countries of nationality stop a continued marginalization of an expelled community that instead, needs support in the process of integration.

Our stories need to be told and it is for this reason I am supporting two books that focus on the Dreamer experience. Last week during the presentation of Dreamers (Spanish Edition) by Eileen Truax, I was invited to talk about the book (released last month) which portrays my story of deportation.

It was a powerful moment as it was the first time I declared myself in public as a deportee here in Mexico. This in turn, encouraged another returnee in the audience to also share his story.

In front of my very own eyes, I saw what could be possible if our stories reached wider audiences. What if the thousands of returned Dreamers became visible?

This is the reason why I also became involved with the second book project, Los Otros Dreamers (The Other Dreamers). This book is about “young people between the ages of 10 and 32 years old [who] share what it is like to be rejected in one home only to feel homeless in another”. Los Otros Dreamers is currently seeking support through crowd-funding to print bilingual copies scheduled for release in 2014.

Although these two story projects have a life of their own and have emerged from different efforts, they both embody the same purpose: To share stories that serve as a testament to “the challenges as well as the resilience of this bilingual, bicultural generation”.

Both are significant contributions to an overlooked aspect of the U.S. immigration debate.

I invite you to stand in solidarity with us and support either (or both) of these efforts so that we can raise awareness of a community whose voices fall silent after crossing the border.

Eileen Truax decided to write Dreamers, the first of its kind in Spanish, to explain the issue of immigration through the immigrant experience. The nine featured stories comprise this work with the objective of shifting from a political angle to a personal perspective, so that we can see past the legislative bureaucracy and immigration laws to understand that the issue of Dreamers is one of human rights.

Dreamers, can be purchased electronically via Amazon. The hard copy is now available in bookstores in Mexico.

Los Otros Dreamers combines first-person testimony with full-color photographs, it is a powerful witness in word and image. We are asking for funding through donations and pre-selling the book on Kickstarter.com.

Even the funding model is an act of solidarity and visibility with young people that are ‘undocumented’ on both sides of the border. The campaign ends on June 30. Visit Los Otros Dreamers’ blog for more information.

Nancy Landa is a deported honors graduate and former student President of California State University, Northridge (CSUN). Nancy resides in Tijuana since her deportation in 2009 and has shared her story to highlight the need for comprehensive immigration reform in the U.S. You can follow Nancy on Facebook and Twitter or her blog at mundocitizen.com.