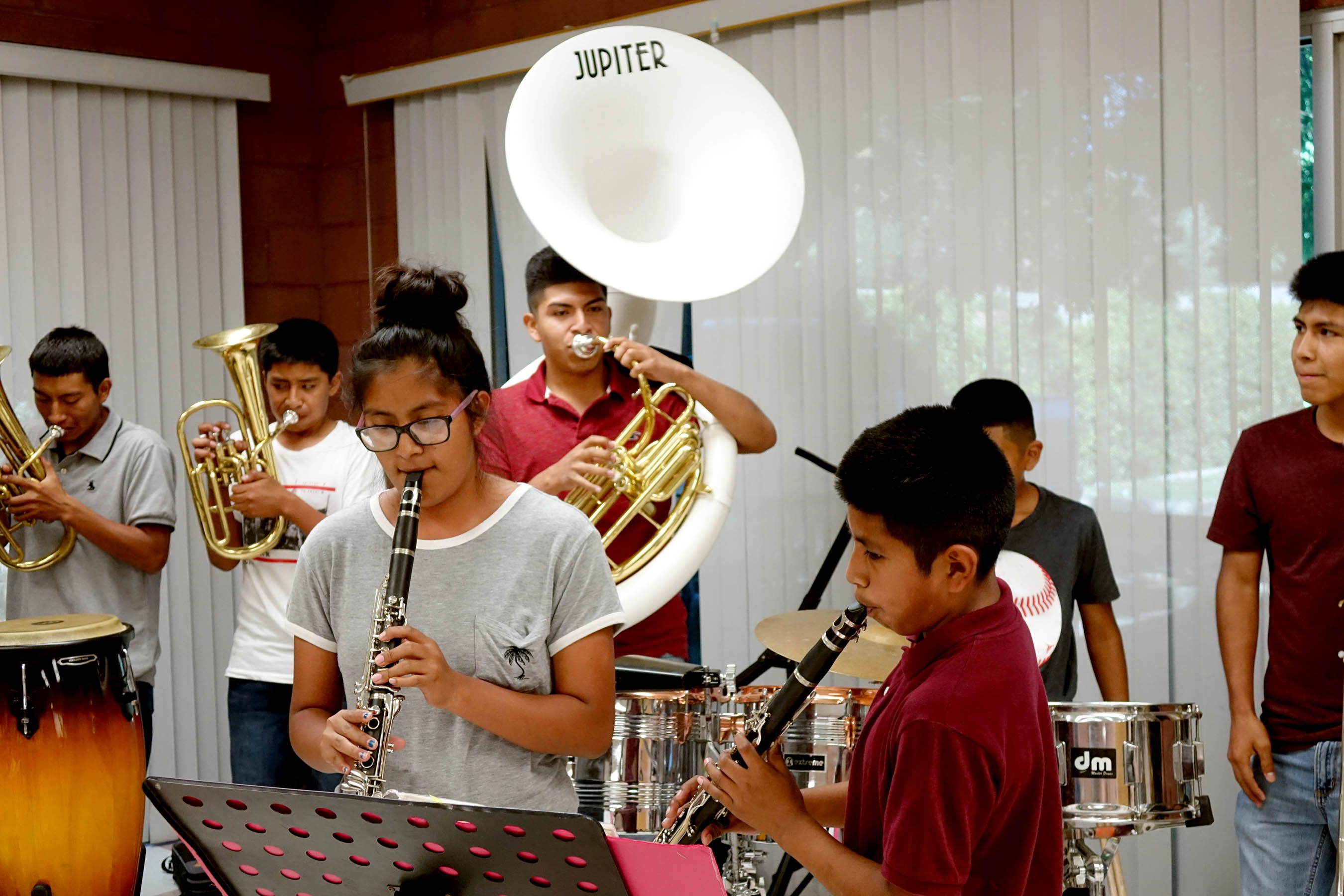 Despite the government’s promises and laws, indigenous cultures in Mexico are marginalized.

“Education is meaningful to keep people’s cultures alive, but there is nothing about Triqui culture in books and educational programs in Mexico,” said Fausto Sandoval Cruz, a teacher from Oaxaca who recently visited the San Joaquin Valley as part of the Pan-Valley Institute’s “Artists in Residence” program.

“Mexico passed laws in support of bilingual education and signed international treaties in this regard; however, it sounds like it is difficult to make laws work, particularly when there is no political will,” Cruz said.

Cruz, a bilingual teacher at Miguel Hidalgo Elementary School in Chicahuaxtla, Oaxaca, is an expert on Triqui culture who wrote essays and text books for first to fourth grade students on this topic. He was a fellow at the John D. and Catherine T. MacArthur Foundation (1994-1996.) During his five-day visit to California in September 2017, he met with different Triqui groups in Madera, and made presentations in Madera, Fresno and at UC Merced.

Triquis are one of the 16 indigenous communities of Oaxaca, and are based in the western mountainous area of the state known as “Mixteca Baja” (Lower Mixtec). According to official data, there are about 20,000 Triquis  in Mexico. In California, they live mainly in Madera, Oxnard and Greenfield. They are rural people known for their textiles (huipiles), handicrafts and cuisine.

Triquis, like other indigenous groups, migrate in search of better jobs to Sinaloa, Baja and to the western United States. The Triqui population is growing in California, Oregon and Washington.

“Not only poor people migrate. It is expensive to cross the Mexico-U.S. border, and some of those who make it are those who can afford it. For instance, teachers are often among these type of migrants,” said Cruz. “Migration is a human phenomenon; even us Triquis, according to oral history, are not originally from the land we are living in now.”

The teacher and writer explained other reasons why indigenous people from Oaxaca and their families migrate from their lands. For instance, he mentioned the cargos (the appointment to local government, an unpaid position people “volunteer” to hold for one year). Among other duties, this person has to organize the local, but expensive, fiesta, which has a strong religious influence. Due to these responsibilities, this person can’t work during his or her tenure.

“Some people can’t afford this responsibility and they end up leaving the community,” said Cruz.

He said that there can also be positive outcomes resulting from migration. He explained that some Triqui families that didn’t get along well in their native communities are able to work together and cooperate when brought together in a new place.

There is a common belief that poverty or a bad economy—to which most governments contribute—are the main reasons for migration. However, according to Cruz, there are areas of Oaxaca’s economy that are showing growth, in part because of the money sent by migrants.

He gave the example of three restaurants that opened in his community in recent years.

“This is totally new for us,” he said.

In one case, the owner is a young man who migrated to the U.S. to work and save money.

Transportation companies were also created by Triqui-speaking owners that invested their own money.

“This is interesting because people are not forced to speak Spanish when traveling,” Cruz said.

Another visible change in the Triqui area of Oaxaca is a decline in agricultural production due to changes in the process of commercializing food.

“Food was originally produced in our land, but now options are more diverse because there are products available from other areas, which helps reduce the pressure on our land,” Cruz said. “Another change is that now we see more construction using bricks instead of wood, which is good news for our forests.”

All these changes are also cultural changes, explained Cruz.

“There is a lot of talk about keeping traditions, but culture isn’t static, it’s in permanent motion.”

The radical changes to diets brought with them the epidemic of diabetes to the indigenous communities in Mexico.

“We stopped eating natural food in exchange for more processed food and cold meats,” explained Cruz. “The human body has a historical configuration, and ours quadrate more with our natural food from our environment.”

“Now we are again seeing people in our markets selling mushrooms, herbs and other natural produces from our region,” said Cruz.

This trend has helped Triqui cuisine to become better known, and as a result, some of its dishes to be incorporated into the menus of nation-wide restaurants.

A good example are the huipiles, a common traditional garment worn by indigenous women that are a true cultural landmark of Triqui women’s attire.

“Now they are red, but there were white before. Making huipiles was a very tough task. Women used to buy the cotton, spin it, dye it and then knit the clothes,” explained Cruz.

The arrival of industrialized thread increased color options, and the time and intensity required to make huipiles decreased.

“Currently, there are 200 designs of huipiles; before, there were five or six,” Cruz said.

This change contributed to the Triqui huipiles’ boom, including their designs, which are newer and more complex. Until recently, men’s attire was traditionally a pair of trousers and a shirt made from simple white cloth. But to make it more attractive, they borrowed the colors from women’s huipiles and incorporated them into men’s attire.

Migrants become closer when they are away, and converge through family ties, friendship or because of cultural similarities. They build communities. Together they feel strong enough to face the challenges of a new society that is not always sympathetic.

In this regard, Triquis in California recreate, keep and even influence their traditional culture.

For example, during the celebration of the local saint of their town, women displayed their huipiles while the band played over the food and people danced.

Adults speak the Triqui language, but most of their kids don’t, which concerns the elders.

“I see that here [in Madera], there is community, a Triqui community that wants to keep its values, its traditions, and that has its projects,” said Cruz, who pointed out that social environment results in changes in traditions.

“In Oaxaca, the band is a boy’s thing,” he said. “I see the presence of that girl as progress; I think this is a change bands from here can bring to the bands in Oaxaca.”

Featured Photo: While in Oaxaca to play in a banda is a “boys thing,” in Madera, California, the new banda San Martin Intuyoso incorporated girls. Photo Credit: Eduardo Stanley.

Eduardo Stanley is a journalist covering California’s Central Valley since more than two decades. He writes for several Latino publications and host a Spanish radio show in Fresno, California. He graduated from the University of La Plata, Argentina, and also studied at the University of Bucharest, Romania.