LatinaLista — If members of Congress didn’t feel the pressure of compromising on immigration reform before, most surely they do now with the launch of the latest immigration reform advocacy push — this time, by the US Chamber of Commerce. 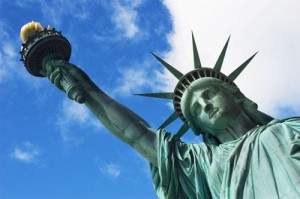 “As the process moves forward and draft legislative proposals are introduced, we will continue to activate the Chamber’s federation and millions-strong grassroots network, as well as launch paid advertising in support of specific reforms that are critical for our economy and our society,” Chamber spokesman Blair Latoff said in a statement.

Dubbed The American Opportunity, the website is the public portal to highlight how the business community is aligning itself with grassroots activists to push for passing legislation to fix the immigration system.

It’s also an outlet for businesses to share their stories of how the immigration system has impacted their hiring or ways of conducting business.

Though the two sides have different motivations and define immigration reform a little differently, the end goal is the same. Yet, sometimes the differences can seem to put the two sides at odds with one another.

The US Chamber lays out a 4-point guide to immigration reform that includes: strong border security, reforming the high and lesser skilled visa system, and employer verification as well as a path to legalization for undocumented immigrants.

It’s the last point that makes allies of immigration activists and the business community in a goal that is looking more and more likely in this presidential term.