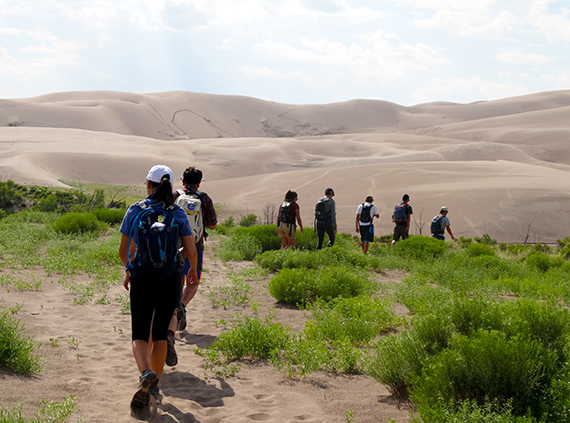 The Clean Air Act is coming under attack for being unnecessary and too costly to enforce. But the ‘State of the Air 2017’ report from the American Lung Association (ALA), shows that millions of people are still getting sick from breathing dirty air. “While most of the nation has much cleaner air quality than even a decade ago,” says the report’s authors, people living in many cities face “an unrelenting increase in dangerous spikes in particle pollution.”

In fact, more than four in 10 Americans live in places where the air is unhealthy to breathe – making a strong case not only for maintaining the Clean Air Act, but strengthening it.

Why We Need the Clean Air Act

The Clean Air Act was passed in 1970 to protect the public from hazardous air pollutants, like the easy-to-inhale toxic particles emitted when utilities burn coal, or when cars burn gasoline.

Reducing air pollution is good for everyone, of course. But it’s especially important for kids with asthma, for anyone suffering from respiratory illnesses, and for people with heart problems. Research shows that almost 300,000 women die each year from heart disease, an ailment that is made substantially worse when we breathe dirty air.

Most cities have experienced strong reductions in air pollution since the Clean Air Act was passed. The number of people exposed to unhealthy levels of air pollution dropped from 166 million in 2012-2014, to 125 million today, and many cities report fewer “code red” or “code orange” days. We can thank cleaner power plants and more fuel-efficient cars and trucks for these gains.

The Clean Air Act helps reduce climate change, too. Power plants are the largest stationary source of carbon pollution in the U.S. In fact, power plants that burn coal contribute around 30 percent of all energy-related carbon dioxide (CO2) emissions in America. Because the Clean Air Act requires utilities to operate more cleanly, it helps reduce the amount of CO2 coal-fired plants generate, as well.

Looking at the nation as a whole, the ‘State of the Air 2017’ report shows that, “even with ongoing improvement, too many people in the U.S. live where the air is unhealthy for them to breathe.” That includes:

Climate change remains a dire threat, too. Data from NASA and NOAA indicate that 2016 was the warmest year on record globally, evidencing a long-term warming trend that is causing extreme weather events, droughts, fires, and rising sea levels that threaten the entire coastline of the U.S.

What Can We Do?

And don’t miss this photo montage of what life in the U.S. was like before the Clean Air Act was passed.
Photo Credit: Latino youth hiking into the Great Sand Dunes. Photo by Rod Torrez & Hispanic Access Foundation

TELL YOUR SENATOR: PROTECT OUR HEALTH FROM AIR AND CLIMATE POLLUTION

clean air, climate, environment, pollution, Washington
Previous Post LA’s Youth Probation Camps Have a Problem With Graduating Kids (But It’s Not What you Think)
Next PostCensus director’s resignation could affect control of Congress after 2020