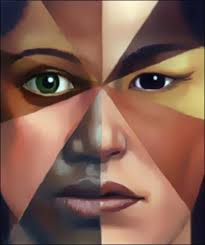 Housing, employment, and health are three domains with “profound racial and ethnic inequalities” in the United States, report researchers.

The continuing disparities in home ownership in the US may best illustrate some of the inequities faced by black and Hispanic families.

Less than half of black families (41 percent) and Hispanic families (45 percent) live in owner-occupied housing, as of 2014. For white families, that figure is 71 percent.

Home ownership helps families accumulate wealth and take advantage of sizable tax savings. By contrast, being forced into the rental market can set off a domino effect of events that then make it more difficult to exit from poverty, according to the annual “State of the Union” report from Stanford University’s Center on Poverty and Inequality.

Roughly 1 in 6 black and Hispanic households spend more than 50 percent of their income on housing, leaving them with fewer resources to devote to their children’s education, health care, and other basic needs.

This fundamental disparity, the report says, can be traced back to the home-mortgage expansion that accompanied President Franklin Delano Roosevelt’s “New Deal,” which was enacted some 80 years ago. Families of color were, in effect, excluded from receiving these mortgages. While white families took advantage of them and prospered, other families were left behind and are still trying to catch up.

“We typically look to policy as a vehicle for equalizing,” says David Grusky, a professor of sociology and director of the Center on Poverty and Inequality. “But here our policy has fallen short by that standard. The very policies designed to be equalizing, like the commitment to making mortgages widely available, in fact worked to introduce inequalities.”

The earnings gap between black and white males has narrowed by only 7 percentage points in four decades.

Since 1980, racial and ethnic disparities in poverty in the US have remained largely unchanged, resulting in what the researchers characterize as “two Americas.”

Whereas blacks, Hispanics and Native Americans are more likely to experience the high-poverty America, Asians and whites are more likely to experience the low-poverty America. One in four blacks, one in four Native Americans, and one in five Hispanics are classified as poor. By contrast, only 1 in 10 whites and 1 in 10 Asians are poor. The authors note that whites make up most of the nation’s poor, but that is because there are more whites in the total population.

This disparity arises in part because of racial and ethnic gaps in employment, health, and wealth:

Health: There are also profound racial disparities in illness and death. For example, blacks are two to three times more likely than whites to suffer from hypertension and diabetes, leading in turn to higher rates of cardiovascular disease.

The report argues that many fewer disparities would develop later in life by “equalizing starting conditions.”

The deck is stacked against blacks, Hispanics, and Native Americans because they are dealt, as the report states, an immediate “one-two punch” at the very moment of birth. They are not just more likely to be born into families with less wealth, education, and income, but they are also more likely to live in poor neighborhoods where high-quality schools are more difficult to find, crime is high, and other amenities are unavailable.

The report states that simply equalizing starting conditions wouldn’t eliminate racial and ethnic inequalities, but would at least help reduce them. It is not enough to equalize starting conditions because blacks, Hispanics, and Native Americans are exposed later in their life to “educational, labor market, and criminal justice institutions riddled with discriminatory practices.”

“It is nonetheless especially attractive to cut off at the source those processes of cumulative advantage and disadvantage that convert smaller differences early in life to larger ones in adulthood,” the report states.

“A distinctly American commitment,” says Grusky, “is that, when the race begins, everyone should be lined up at the same starting place. This commitment is not being honored. We don’t even come close to living up to what we claim matters to us.”

For all these problems, the report also stressed that there are some encouraging signs.

Academic performance for all students improved between 1990 and 2015, and black and Hispanic students experienced the fastest improvement. The researchers attribute this result to early-education initiatives that equalized opportunities in early childhood, but they also cautioned that such success is still only partial, noting that “Hispanic students lag almost two grade levels, and black students lag roughly two to two-and-a-half grade levels behind whites.”

For white children born into the 20th percentile of household income, the probability of moving upward is about 75 percent—a figure that hasn’t changed much since 1945.

Black children in that same 20th percentile now have about a 70 percent probability of moving up. In 1945, this probability was less than 50 percent. The study attributes policies such as Head Start, school desegregation, and school finance reform as contributors to this change.