Latina Lista: News from the Latinx perspective > Columns & Features > BlogBeat > 3 Reasons You Need to Support Indigenous Peoples, Even If You Are Not Indigenous

3 Reasons You Need to Support Indigenous Peoples, Even If You Are Not Indigenous 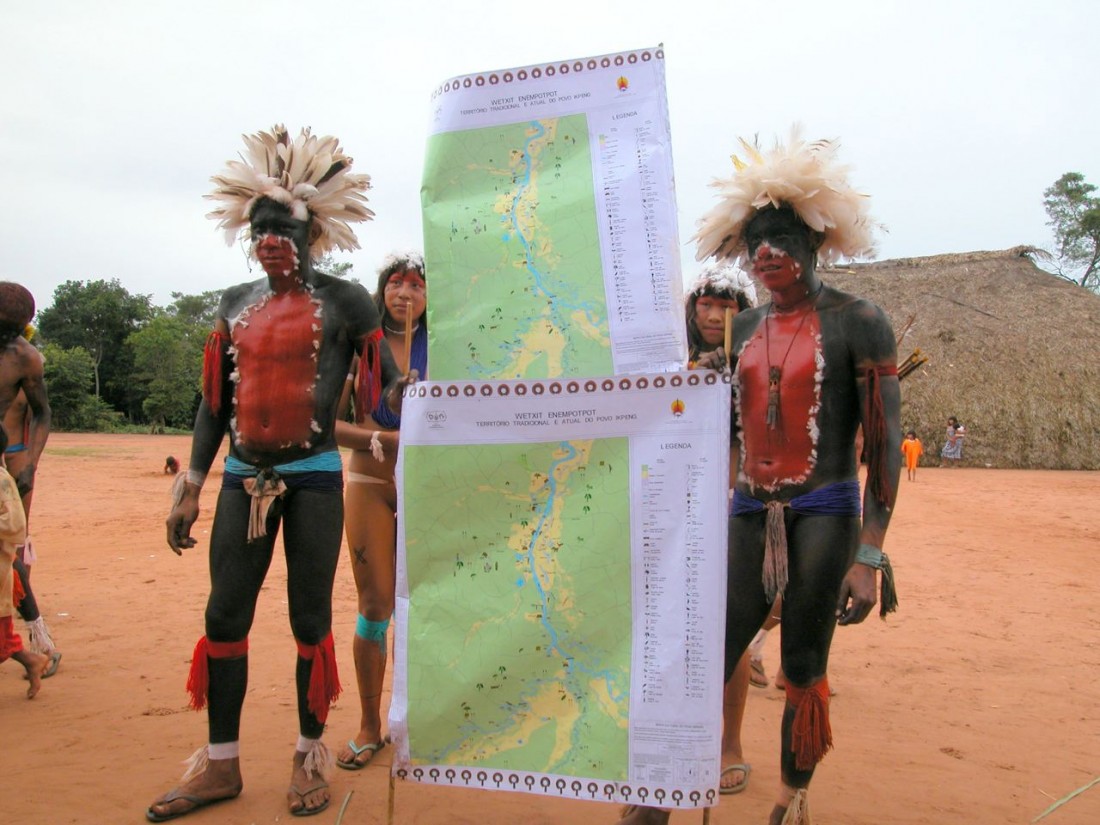 Look, we get it – everybody has an issue that they care strongly about. For us, that issue is the rights of Indigenous Peoples around the world. For you, it may be something different.

A study out of the Center for Indigenous Peoples’ Nutrition and Environment at McGill University sums it up: “Food relates to social needs and local economy. Indigenous peoples have their own unique perspectives on the relationships between environment and culture, and food, well-being and health in many dimensions. This knowledge is precious to them. It also has many lessons for industrialized nations and populations.

There is a clear imperative to protect unique food resources and their diversity. There are 300-500 million indigenous peoples in more than 70 countries around the world, representing over 5,000 languages and cultures on every continent, and each cultural food system may contain up to 250 species of traditional food alone (among additional bioresources for medicines and life ways).

This knowledge base is a treasure worthy of global attention and protection.” Yes – your trendy new tea or super-fruit of the month was most likely discovered by Indigenous Peoples long before they hit your grocery store shelf.

Indigenous food systems tend to be healthy, locally-based, and sustainable, meaning they are better for the economy, the environment, and for you.

Indigenous agriculture is designed to work with the environment, creating crops that are more resistant to drought and blight and that provide the proper nutrients and health needs for a particular community. Unfortunately, Indigenous food practices are often overlooked and disregarded in favor of big economy-based food production – food that is grown with pesticides, packaged, and shipped to far-away markets.

This food is less healthy, more experience, and harmful to the environment. As a result, Indigenous communities that are forced to try to compete on the market are subject to poverty and malnutrition.

To learn more about threats to Indigenous food and water security, watch First Peoples’ production “Now We Are Hungry” and check out our new Native Abundance initiative.

Because Indigenous Peoples’ livelihoods depend on a close relationship with their environment, they are among the first to be affected by climate change.

Rising temperatures have a variety of negative effects – warmer waters drive fish deeper into lakes and rivers, making fishing more difficult, pests flourish as they are not killed off by cold weather, and growing and blooming cycles are thrown off, often making for sickly harvests and shorter harvesting seasons.

Though felt acutely now in Indigenous communities, these food-related issues will no doubt be felt by the entire population soon if things do not change drastically (our breakfast foods are already in danger!), along with other climate-change induced ills such as heavy flooding, drought, and severe storms.

Whereas most urban societies are still in the state of pretending climate change isn’t actually going to affect us, while occasionally recycling some soda bottles to feel better about ourselves, Indigenous Peoples are responding to climate change with real, direct efforts.

For example, the Indigenous Peoples Climate Change Assessment (IPCCA) is using a “methodology of community-led self-reflection, evaluation, and future-visioning based on local world views and traditional knowledge to develop a community-based climate change adaptation plan.”

SnowChange, a Finland-based initiative with projects in New Zealand, Canada, Russia, and Australia, takes a similar approach, mitigating the effects of climate change through specific regulations on hunting, fishing, and agriculture that emphasize a subsistence-based approach.

As founder Tero Mustonen says, “It is time to say goodbye to some things we’ll never see again,” referring to traditional practices that are dying out due to the changing environment. “But it is also time to build new knowledge. And this knowledge can only emerge through keeping strong connections with the traditional territory. We must be there on the land as it is changing, so that we can change with it.”

Such a direct, realistic, and holistic approach is the only way to ensure that the world’s populations can handle the imminent effects of climate change. For further reading, check out National Geographic’s “Climate Change and Indigenous Peoples” blog as well as First Peoples’ video “Indigenous Peoples’ Stories of Climate Change.”

Indigenous Peoples are the original conservationists.

Living in close harmony with nature since time immemorial, they’ve developed an intimate system of knowledge regarding their land and local animals, and are keenly in tune with the intricate relationship between human, animal, and plant that allows an ecosystem to flourish.

Think about it – if Indigenous Peoples did not lead sustainable, respectful lives within their environment, they would have no source for food, water, or shelter. Many modern conservationists have overlooked this relationship.

Though meaning well and intending to protect earth’s amazing landscapes and wildlife, the insistence on creating human-free conservation reserves and parks has meant that upwards of 20 million Indigenous have become so-called “conservation refugees.”

Their forced eviction not only disrupts the balance of life in the new parks, but also drains urban areas that must now accommodate entire villages who have lost their traditional sources of food and shelter. Additionally, many Indigenous communities that are allowed to stay on or near their traditional land face severe hunting, fishing, and agricultural restrictions once the land is deemed a reserve or park.

This not only results in starvation and poverty for the people, but allows certain animal species to grow unchecked, unbalancing the ecosystem.

Indigenous Peoples need to be supported and given the capacity and autonomy needed to make decisions for their own land; studies have shown that doing so will result in healthy, well-maintained, and balanced forests, plains, and marine areas. The United Nations Environment Programme World Conservation Monitoring Centre has produced a comprehensive and informative toolkit for supporting conservation by Indigenous Peoples and local communities.