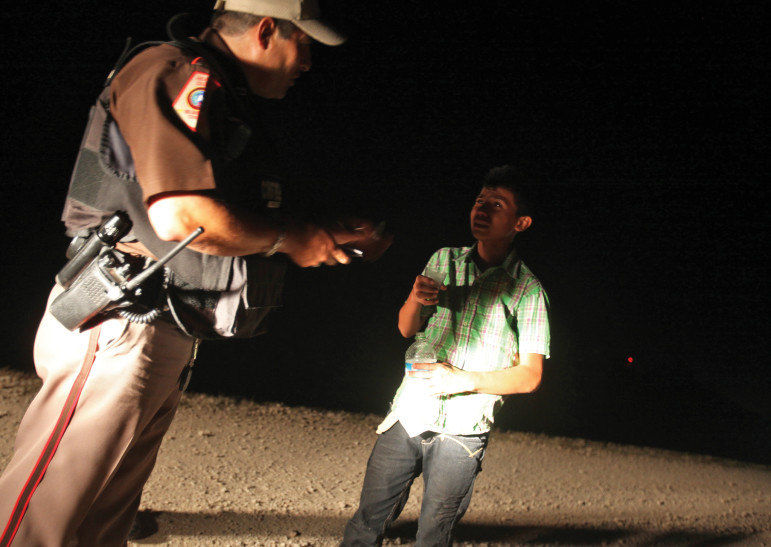 MISSION, Texas — A group of Honduran immigrants who had crossed into the United States illegally frantically waved down a deputy constable’s Chevy Tahoe as it approached them on a dirt road a couple hundred yards from the Rio Grande about 10 p.m. one Wednesday in early August.

The deputy parked the SUV a few dozen feet from the group — a 16-year-old girl, 12-year-old boy and a 20-something mother and her small child. The teenager broke away from the group and hurried toward the Tahoe’s backseat, sobbing.

Nearly 63,000 unaccompanied children — mostly from Honduras, Guatemala and El Salvador — crossed into the United States between Oct. 1 and July 31 without prior permission, according to government data released early in August. Another nearly 63,000 people crossed with family members. The numbers represent an increase of nearly triple over the same period last year.

Under federal law, children from countries other than Mexico and Canada, and any family members traveling with them, are allowed to stay in the country temporarily until an immigration judge can assign them a more permanent status.

Central American immigrants overwhelmed federal authorities on the border earlier this summer, as Border Patrol and other immigration enforcement agents could not quickly enough process them and move them on to their destination cities — Atlanta, Baltimore, Chicago, D.C., Los Angeles, New York — across the U.S. interior. …

(Featured Photo: A Hidalgo county constable gives water to a boy crossing the border with two other immigrants as they wait for the U.S. Border Patrol to arrive in August near Granjeno. Photo Credit: Joel Martinez / McAllen)