Alfonso Gomez-Rejon: A Latino Success Behind the Camera 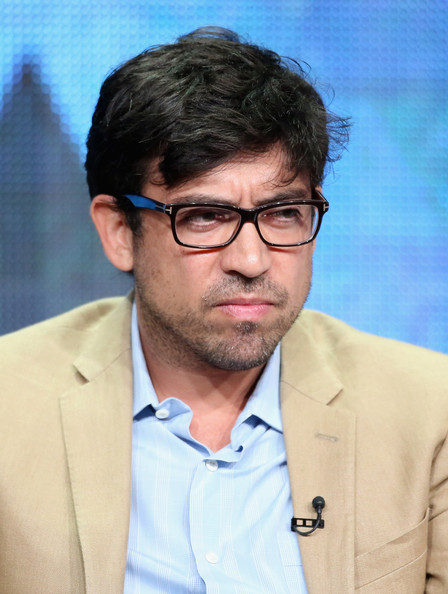 We talk a great deal about Latinos working in front of the camera, and not nearly enough about Latino writers, producers, and directors who are making their mark in Hollywood as well.

Take Alfonso Gomez-Rejon, for example. Born and raised in the border town of Laredo, Texas, he’s worked with Big Names, one way or another, since the beginning of his career. At various times, he’s been personal assistant to Martin Scorsese, Norah Ephron, Robert De Niro and Latino legend Alejandro Gonzalez Iñarritu. And he clearly made a good impression: many of them, including Ephron, Scorsese, and Iñarritu (along with Kevin Macdonald, Ben Affleck, and Ryan Murphy) hired him as a second unit director on movies like Argo and Julie and Julia. Ryan Murphy was clearly particularity impressed: he tapped him to direct some acclaimed episodes of both his series, different as they are: Glee and American Horror Story, including episodes for the season that’s just begun. In fact, he’s been elevated to co-executive producer/director on that show.

And still: more to come. He’s just completing his first feature film as director, MGM’s The Town that Dreaded Sundown, a horror/thriller about the reappearance of a serial killer in a small Texas town, written by another Latino up-and-comer, Roberto Aguirre-Sarcasa, screenwriter for the new adaptation of Stephen King’s Carrie, premiering Friday, October 18.

Along with a host of other long-standing and newly rising Latinos like Roxann Dawson, Norberto Barba, Félix Enríquez Alcalá, and many others, he’s a great example of just how pervasive – and, we can hope, how lasting – the Latino presence has become behind the camera, as well in front of the lens.

Alfonso Gomez-Rejon, director, films, Hollywood
Previous Post Connecticut Governor Malloy To Honor The Borinqueneers
Next PostMexican government launches new way to reach its citizens in the U.S. — with an app

Connecticut Governor Malloy To Honor The Borinqueneers
Comment
Mexican government launches new way to reach its citizens in the U.S. — with an app