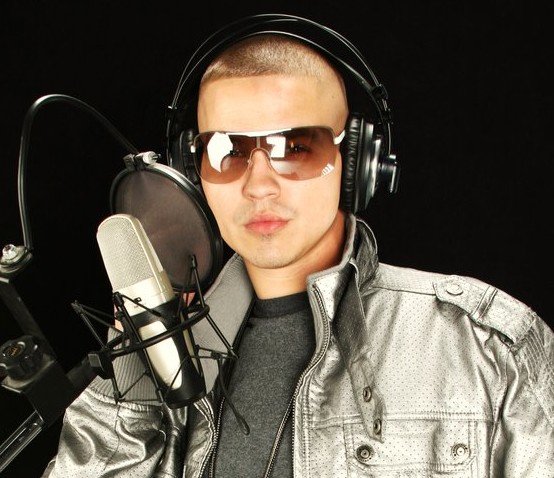 GueroLoco wears many hats: he’s an award-winning hip-hop en español artist, an activist for immigrant rights and language rights, and an inspirational speaker for students and teachers. He united his passions for music and for bilingualism in his project Bilingual Nation U.S.A., which he started with his high school Spanish teacher. This year, he and Bilingual Nation U.S.A. are in the running for four Chicago Music Awards, and he will be hosting the fifth annual National Spanish Spelling Bee. Language Magazine caught up with GueroLoco to find out what inspired him to pursue bilingualism and to learn about his plans for making the U.S. a bilingual nation.

Language Magazine: What is your personal experience with bilingualism and how you became a bilingual person?

GueroLoco: Well, first I struggled with it and I made up a lot of excuses telling myself why I didn’t need to learn the language. I grew up in Indianapolis, Indiana, and in the ’90s there weren’t very many Latinos, so I told myself, “There are no Latinos here, there’ll probably never be Latinos here.”

When I came home from the Marines, I was surprised because there were a whole lot of migrants and Latinos from all over the U.S. who started settling in Indiana, so after learning Spanish in the Marines — they sent me to the Defense Language Institute (DLI), and that’s where I learned Spanish in a six-month, super-intense crash course — I went home to Indiana and started meeting all these cool people, and they started teaching me about the culture, and the music, and the food. I just fell in love with it, and being bilingual has been the best thing that could have ever happened to me. It’s helped me not only to open up my mind, but also to open up my heart at the same time.

LM: Is anybody in your family bilingual, or are you a heritage speaker?

GL: No, not at all. Not from my parents or my grandparents. There’s no real tangible history of bilingualism in my family.

LM: Were the people in your life supportive of you learning Spanish?

GL: Yeah, I think so, but everybody expected me to come out of the Marines and follow it up with working for an intel agency, or something where I’d be using my language in some type of official capacity — and then I chose hip-hop, so that right there was more of the issue, like, “What do you mean you’re going to do hip-hop, and you’re going to rap in Spanish, this doesn’t make sense.” And I said, “Watch, I’ll show you.” And that’s what I’ve been doing ever since.

LM: Do you remember the first time you heard hip-hop in Spanish?

GL: Yes, I remember the first time I heard what sounded like hip-hop in Spanish. I was about to start working on a Spanish-language radio station, so I thought that I should get more familiar with the music that the station plays. I turned it on, and it was Fulanito. I can’t remember what song, and it had this rap going on with merengue music that I’d never heard before, and house that I could hear thumping in the background, and I thought, “Wow! This is pretty cool.” From there, as far as hip-hop and rap, there was Mexicano 777 from Puerto Rico, and El Nuevo Xol and Crooked Stilo with more of the West Coast Spanish-language hip-hop. That’s how I got involved, and then I got signed with the manager who was getting artists signed with Univision and Fonovisa, which were two of the top Spanish-language labels, right as Spanish-language hip-hop was starting to explode. I really dedicated myself to being a 100% Spanish artist in 2003.

LM: When did you start becoming a bilingual-education activist?

GL: I started working at a middle school as an ESL instructor in 2011. I was brought into the classroom as GueroLoco, and the students called me Mr. GL, and the teacher, Mrs. Majercak, she figured that if she brought in a hip-hop artist, that the students might respond. And I’d already engaged in other types of activism and advocacy in immigration and fighting some of the anti-immigrant laws that they were trying to put in place in Indiana. And that’s really how the whole circle started, because that’s how I met Mrs. Majercak, and she brought me into her school and I started working with students, and I started realizing that some of my students were some of my friends’ kids that had helped me and started taking care of me when I was learning Spanish. And that just connected me even more. It brought everything full circle. Our kids are the future, and if we don’t teach them better than what we are now, we’re never going to be able to annihil ate things like racism and poverty if we don’t start teaching our kids better from the ground up.

LM: Has your music changed as you’ve developed more of a social consciousness?

GL: Most definitely. I actually stepped back from music for a while because I didn’t want people getting things confused, saying, “Oh GueroLoco is only doing this so he can push his music career,” so I stepped away from music and got involved with educating myself on the issues. Of course, my heart’s always attached to the music, so little by little I started bringing myself back into the game and at the same time started making educational music, like we’ve got an ABC Spanish rap and an ABC reggaeton that’s a little bit slower, we’ve got the verb conjugations with reggaeton, and then we’ve got songs describing emotions. I started seeing where I could mix in what I love to do with my newfound love: education and teaching kids. And what better way for a gringo who learned Spanish to help other gringos learn than by going to the school and talking to them, kids that are like I was sitting there thinking, “Why am I going to learn this language?” A lot of kids come up to me and say, “I had that exact same attitude, but now I’m really motivated to do this,” and that’s what really makes it worth it.

LM: So you talk to students in schools, but you also address teachers at conferences. What is a GueroLoco talk for teachers like?

GL: I show the teachers what I do with the music so that they feel confident, because some teachers are apprehensive about rappers and hip-hop because there are so many negative connotations. So I try to show them who I am, and I also try to motivate them, because teachers need encouragement, too. I tell them some of my stories of how students have affected my life in positive ways, and how I’ve affected their lives in positive ways that I’m seeing now that my ESL students are in high school.

LM: And you also speak to veterans?

GL: Yeah, I recently went to Tijuana, Mexico, to speak to deported veterans. The United States is deporting U.S. military veterans, so I go down there to give them moral support, and this weekend, they asked me to read the names of some of the fallen at the memorial on the border wall. I’ve been down there a few times, and I try to do what I can. Being down there and being with the guys — they’re in a really hopeless situation, but they have a lot of hopefulness and they’ve banded together, which is what you’d expect from military people. They support each other. They’ve got a support house down there now and they’re doing what they can, but it’s really going to take the military veterans here on this side of the border speaking up against these deportations to get these guys back home and to keep it from happening to anyone else.

LM: Tell us about Bilingual Nation U.S.A. How did it get started and what do you do?

GL: Bilingual Nation U.S.A. is a multidimensional company, because I go to schools and talk to students, and not only talk to them but I perform as well and get them participating, having them do battle raps. We also have DVDs, PDFs, and music to motivate students and help them to learn using rhythm and repetition. We’re trying to cover a lot of ground because all of this is so new, and I’m trying to use the things that I struggled with the most, like the alphabet because it is the base of the language. We have verb conjugations, of course, because those are always challenging. Those were the first two that we tackled through Bilingual Nation. Right now, our material is mostly aimed at middle school and high school. I’ve actually performed at universities, but I’m working on elementary school now. Since you have to make the grade schoolers laugh, I want to have a nice, hilarious show that I can do to keep them on their toes. I’m working with my former high school Spanish teacher, Tom Alsop, and a videographer, Chuck Hodge, to create our DVD materials. Mr. Alsop and I have been to different conferences. And we’ll be in Denver for the Southwest Conference on Language Teaching. I’m excited about that one!

Kristal Bivona, who is fluent in Portuguese as well as Spanish, is assistant editor at Language Magazine.

featured
Previous Post Crowdfunder: Creating a mural to bridge the gap between Puerto Ricans in New York and on the island
Next PostESPN’s Hugo Balta Views Sports as Universal Language

Crowdfunder: Creating a mural to bridge the gap between Puerto Ricans in New York and on the island
Comment
ESPN’s Hugo Balta Views Sports as Universal Language