Basque Country, USA How Europe’s Most Original Ethnic Group Transformed the Culture of Idaho and Nevada 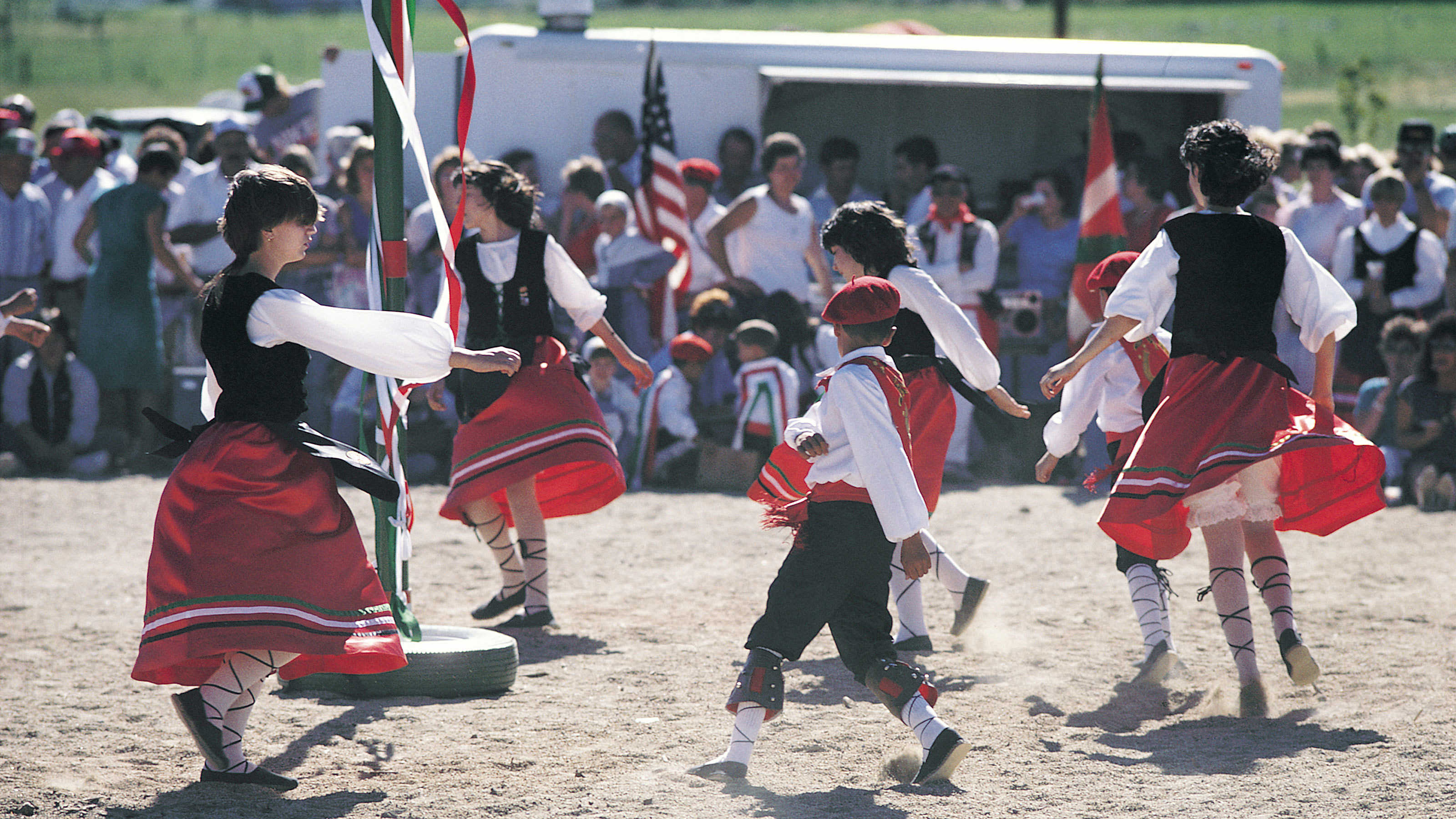 Although most people associate the Basque diaspora with South America, since the 19th century Idaho and Nevada have been home to a flourishing Basque presence that has left a major cultural imprint—undoubtedly one of the best-kept secrets of the western United States.

First, some background. There are currently about 3 million people of Basque ethnicity in the world, the majority of whom live in the region of northeastern Spain known as Basque Country (Euskadi in the Basque language), whose capital is Bilbao and which straddles the Pyrenees Mountains. A smaller Basque community can be found in western France.

The Basques have had ethnologists and linguists scratching their heads for centuries; their unusual language is related to no other anywhere else in the world. The current consensus is that their language developed before other Indo-European languages did, which would explain its uniqueness.

In the 19th and 20th centuries, many Basques left their homeland in search of better fortunes on the other side of the Atlantic. Like other Spanish immigrants, most settled in Latin America, which consequently has a large Basque diaspora, most sizeable in Chile and Argentina.

However, some did settle in the United States, which currently is home to nearly 60,000 people of Basque ancestry who mostly live in Idaho and Nevada. (Fun fact: Although Chile and Argentina have the largest Basque diaspora in absolute numbers, Boise, Idaho, has the highest concentration of people of Basque extraction (a total of 16,000) outside the Pyrenees.)

Growing numbers of Basques began to settle there in the 19th century, living off what they did best back in Europe: sheepherding. This proved a useful trade during that century’s gold rush era when miners increasingly needed wool.

So, if you’re interested in Basque culture in the United States, Boise is the first place you should visit. It is the site of the Sheepherder’s Ball, held in Boise each year since 1929, during which locals perform traditional dances and Basque cuisine is served.

Another annual event that highlights Boise’s Basque heritage is the feast day of St. Ignatius of Loyola, the Basque founder of the Jesuit order. The feast day celebrations have a religious component, with Mass celebrated, and highlight the Basques’ tenacious connection with their Catholic faith, but they also features performances of folk dances, sports competitions, and picnics.

While these two events are each held only once a year, you can experience Basque culture in Boise year-round. The city even has a Basque Block, which was restored several years ago. While, as its name suggests, it is only a block long, which makes calling it a Basque neighborhood a stretch, this truly is a hub of Basque-American culture. There, you can find the Basque Museum and Cultural Center, which offers lessons in the Basque language and runs the nation’s first Basque preschool. Another important locale at the Basque Block is the Basque Center, which the Oinkari Dancers use for rehearsal and where you can play the Basque card game Mus. The surrounding pavement has been painted red, white, and green—the colors of the Basque flag.

Although many Basque immigrants to Nevada eventually returned home to the Pyrenees, they also left a lasting imprint on the state’s culture. Each year, folk dancers grace the streets of downtown Winnemucca and Reno (see top photo) in Basque culture festivals. Meanwhile, the University of Nevada at Reno even has a Basque Studies program.

In Nevada, the second most common occupation of the Basques after sheepherding was running overlands, or boarding houses. Shepherds would wander for long distances with their herds. They needed to eat and sleep somewhere, and wanted a little entertainment to break up the monotony. In response, Basques started to build and run overlands. Today, many still serve delicious Basque cuisine, although their patrons are more likely to be tourists than shepherds.

Some of the best-known Nevada overlands-turned-Basque restaurants include the Star in Elko, the Martin in Winnemucca, and J.T. Basque in Gardnerville. Basque cuisine is characterized by generous use of garlic, peppers, and French fries. Typical Basque dishes include stew made of beef and, unsurprisingly, lamb and sheep cheese, while tapas called pintxos are a typical appetizer. When you go to a Basque restaurant in Nevada, be sure to down your hearty meal with Picon punch, a cocktail made with Amaro liquor, club soda, grenadine, and a touch of brandy, an invention of Basque immigrants in the United States.

The Basques have created an unusual culture that has fascinated travelers, historians, and ethnographers for many years. So if you can’t travel to the Pyrenees right now to enjoy some pintxos and watch Basque dancers, consider Idaho and Nevada as the next best stops.

Filip Mazurczak is an editorial intern at the National Trust for Historic Preservation. He previously worked as a freelance journalist, translator, and editor. He is from Sioux Falls, South Dakota.

Basque, Idaho, Nevada
Previous Post Guest Voz: We have one party to thank for the Obama Fallout
Next PostLearning to Code, Then Sharing the Lessons

Guest Voz: We have one party to thank for the Obama Fallout
Comment
Learning to Code, Then Sharing the Lessons