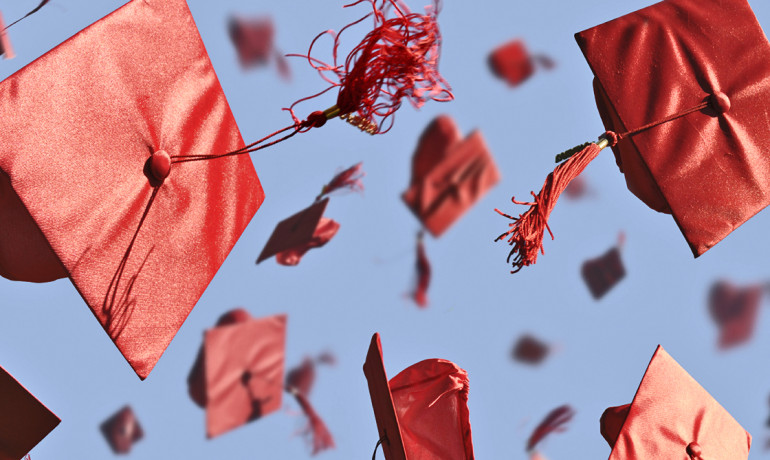 A study shows a growing trend of high school students graduating well after their 18th birthdays, and some as late as age 24. Although both men and women have shown overall declines in on-time graduation, men have experienced a much sharper decline than women. For minority groups, even fewer are graduating on time nationally.

“This is a national issue and the findings are significant because we used longitudinal data, unlike previous studies, and the result is a more true measurement of what age students are actually graduating,” says Jeounghee Kim, associate professor of social work at Rutgers. “Our conclusions highlight the importance of considering the timing of graduation when measuring the national graduation rate.”

Published in Education and Urban Society, the study shows that while graduation rates by age 18 declined, the rate by age 24 remained constant at around 80 percent.

Males and minorities take more time to obtain a high school degree among the more recent birth cohorts. On-time graduation for all students is below 70 percent and declined in general over the study period, with more individuals found to be graduating from high school between the ages of 19 and 24 in recent decades.

Minorities are also taking more time to graduate. When graduation rate was measured by age 18, the racial difference was pronounced. For the 1980-1984 birth cohort, 71.1 percent of Caucasian students graduated, 56.50 percent of African-American students, and only 42.21 percent of Hispanic students.

One bright spot from the research is that although students are taking longer to graduate, fewer are dropping out completely. The rate of “permanent dropouts,” individuals who drop out of high school and never obtain a GED, has gone down.

“We see students taking longer to graduate, or dropping out and then coming back into high school and graduating later. Also, the rate of people who go on to obtain their GED has doubled. This combines to reduce the permanent dropout rate, which is a positive result,” says Myungkook Joo, assistant professor of social work.

More stringent graduation requirements may be a factor in later graduations, researchers say. Also, by 2006, two-thirds of the country’s high school students were required to pass exit exams to receive a high school diploma.

“In the early 1980s, states began to increase the number of courses required to graduate from high school. At the same time, academic requirements for college admission have gone up higher for most college-bound students,” Kim says.

Currently the Department of Education calculates national graduation rates through the use of Common Core of Data (CCD) and Current Population Survey (CPS).

Joo and Kim used longitudinal data from the Survey of Income and Program Participation (SIPP), which provides demographic information and respondents’ educational history. SIPP, a survey collected by the US Census, makes it possible to observe the age respondents obtained a high school diploma and distinguishes GED holders from regular high school graduates.

Today's Crowdfunding Campaign: The Indigenous Fine Art Market
Comment
Underground comedy on the border has its own jalapeño flavor