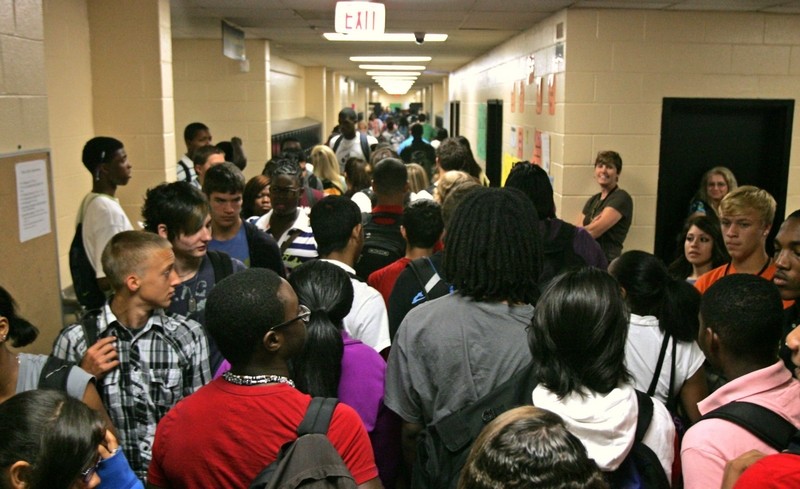 As the national debate over childhood inequities sharpens, recent developments in California highlight struggles over practices critics say deprive some kids of quality class time and fuel a “school-to-prison pipeline.”

New state legislation on discipline and truancy — along with lawsuits — are at the heart of these controversies in the Golden State.

In October, for instance, a judge issued a temporary restraining order requiring that state education officials intervene immediately at a school where students have joined a class-action lawsuit originally filed in May. Students at the school, Jefferson High in lower-income south Los Angeles, allege that they’ve been deprived of equal time for education in comparison to kids at other more affluent schools. More than 90 percent of students at Jefferson High are Latino, many the children of immigrants, and more than 8 percent of students are black.

The class-action suit over “lost learning time” was filed in May on behalf of kids at nine California schools, including two in Alameda County, as the Center for Public Integrity reported. Kids at Jefferson in LA joined the suit in early October.

Students at various schools in the suit complained they were denied classes they needed to either graduate or apply to college, and suffered from poor instruction due to frequent teacher turnover and chaos in scheduling. The litigation was filed by LA-based Public Counsel, which has also represented students in expulsions, along with the American Civil Liberties Union and other law groups.

Policymakers and businesses in Silicon Valley and elsewhere in California also argue for more action to close an “achievement gap” and boost access to college prep classes for Latino and black students.

In a request this fall for immediate intervention, Jefferson student Jason Magaña, who aspires to be an aeronautical engineer, said in a Sept. 14, 2014, declaration to court that he was scheduled this fall for a graphics design class he had already taken and passed twice. He was also placed in an overcrowded AP English class of 50 kids. In addition, he was moved to an economics class he needs to graduate but had to struggle to catch up because he entered four weeks late.

The student also said he was given two “home” periods he didn’t request this semester and a schedule that had him done with school by 11:20 a.m. on Wednesdays and Fridays.

In an interesting twist, on Oct. 2, recently resigned LA Unified School District superintendent John Deasy provided a scathing court declaration in support of the restraining order request. He called the assignment of kids to these “service” or home periods “indefensible” and a violation of students’ fundamental right to education.

“These ‘classes’ are not designed to deliver real instruction … but rather are no more than fillers designed to plug gaps where no genuine courses are readily available,” Deasy said. He said he thought the restraining order should be placed on every school in the LA district that assigns kids to these periods.

This article was originally published by The Center for Public Integrity.