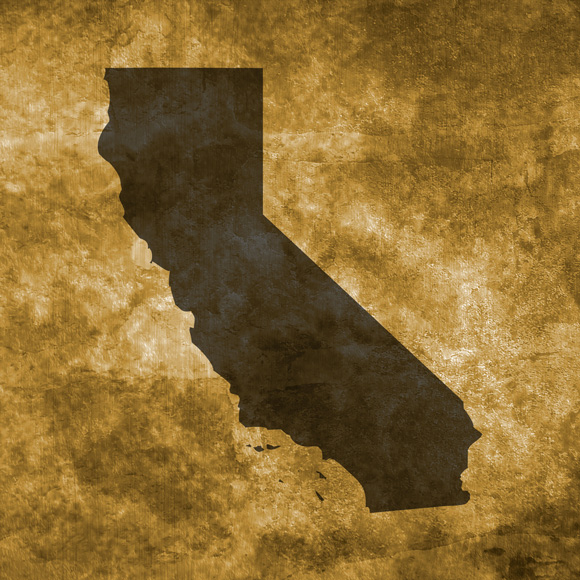 There’s no Oscar for Best Manmade ‘Natural’ Disaster, but if there were, Southern California would win in a mudslide. After all, Hollywood’s movie studios have spent decades perfecting the cinematic catastrophe: earthquakes, hurricanes, avalanches, fires, floods, you name it. And don’t forget the supporting role that disasters play in many a Hollywood classic, from Bambi’s forest fire, to the drought that drives Henry Fonda west in The Grapes of Wrath, to the twister that whisks Judy Garland (and Toto) from Kansas to Oz.

But the drought-induced disaster unfolding in California right now surpasses anything we’ve ever seen on the silver screen.

It’s hard to say who should get top billing for this apocalyptic saga, because man and Nature have both played a starring role. That footage of torrents of mud flooding the streets of Los Angeles this past weekend?

Hey, that was just a trailer, giving us a hint of what’s coming our way.

You really can’t overstate the severity of California’s current drought, from its national impact on our food chain to its global implications for climate change. Yes, California’s weathered many a drought in the past, and we’ve heard plenty about the ongoing, ever-worsening water wars between the farmers, the ranchers, the developers, and now the frackers, whose unrelenting demands for dwindling resources pit them against each other and threaten the ecosystems of the Chinook salmon and Delta smelt, the tiny fish that’s become a big scapegoat.

This is a “mega-drought” that could potentially last decades, wreaking havoc in ways we’ve hardly begun to anticipate, much less plan for.

California’s vast agricultural industry — a $45 billion-a-year business — produces “half of all our fruits and vegetables, along with a significant amount of dairy and wine,” according to a recent report in Mother Jones.

The Central Valley’s fertile farmlands have long been known as our nation’s “Salad Bowl,” and we’re talking entree, not side-salad; aside from the ubiquitous lettuce, spinach and mesclun, Americans all over the country count on California for our grapes, walnuts, almonds, tomatoes and strawberries, to name just a few crucial crops.

Reservoirs and groundwater are being depleted on an unprecedented scale, and the odds that California will get enough rain to replenish them are, sadly, slim to none. Scientists and researchers say long-term trends point to the likelihood of more frequent and severe droughts that could render this region unsuited to grow these crops reliably in the future.

But beyond the specter of parched soil where seedlings once thrived, evaporating lakes, and collapsing fish stocks, there’s oh-so-much more in store.

Linda Marsa, the author of Fevered: Why a Hotter Planet Will Hurt Our Health and How We Can Save Ourselves, notes that, thanks to warmer weather, we’re seeing alarming increases in disease-carrying insects, from the bark beetles who destroy forests and thereby fuel more frequent and ferocious wildfires, to parasites that infect livestock, to the mosquitos that spread dengue fever.

Call it “mosquito mission creep”: the two types of mosquitos that can transmit dengue “have expanded their range to at least 28 states, even as far north as New York and New Hampshire, making the 173 million Americans who live in these areas vulnerable.”

Marsa also points out that global warming is worsening the air pollution that plays such a major role in respiratory diseases such as asthma, and allergies, with children likely to suffer most.

Droughts affect air quality, and not only in smoggy Southern California. As the Los Angeles Times reports, “California isn’t the only state suffering: Areas all over the West are experiencing air quality problems due to the lack of precipitation.”

Some Chumash Native Americans performed a rain dance to express gratitude for the long-overdue rain. Meanwhile, in California’s vineyards, they’re resorting to another form of mysticism to address their water woes, employing “dowsers,” also known as “water witches,” to help them locate the groundwater that’s increasingly eluding them.

But there’s really no mystery about what’s happening here.

Yes, it’s a disaster, but it’s not a whodunnit. We know who’s to blame. Yes, Nature is moving the thermostat up, but we’re helping. We are our own villains, but we can be heroes, too.

We can conserve, embrace alternative forms of energy, demand action from our politicians, make our voices heard.

Gimme rewrite! This scenario doesn’t have to end in catastrophe.