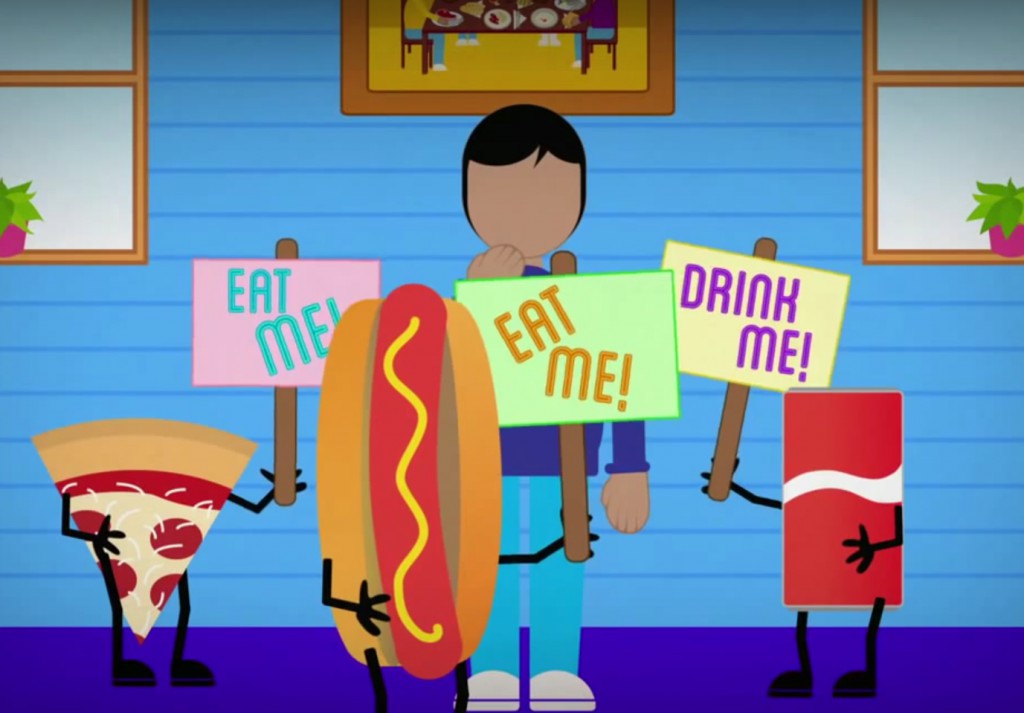 On Spanish-language TV, food and beverage advertising is out of whack.

Just 1% of food ads show water, fruits, or veggies, and 70% of ads show fast-food or other restaurants, candy, gum, snacks, and sugary drinks, according to a new study by the UConn Rudd Center for Food Policy and Obesity, Salud America!, and the African American Collaborative Obesity Network.

The Children’s Food and Beverage Advertising Initiative (CFBAI) is a voluntary self-regulation program for food and drink companies to create healthier advertising to kids under age 12.

Who’s in? McDonald’s, Burger King, General Mills, PepsiCo, Kraft, Kellogg’s, Hershey, Mar, Nestle, Campbell Soup and more. We’d like to thank them for leading the way when it comes to healthier advertising to kids.

Who’s not yet joined? Lots.

In 2013, several packaged food and drink companies each spent $100 million to advertise candy and unhealthy food to Latino youth, because they’re growing in population size and buying power.

But Latino kids also are more likely to be overweight and obese than their non-Latino peers, so the targeted marketing of unhealthy products specifically to them isn’t helping.

When companies join CFBAI they pledge to only advertise healthier choices to kids, which is a step in the right direction.

Ask those companies that aren’t with CFBAI to join up!

This campaign is led by Salud America!, a Latino obesity research network funded by the Robert Wood Johnson Foundation and led by Dr. Amelie G. Ramirez of the UT Health Science Center at San Antonio.

advertising, featured, healthy, Latino children, marketing, obesity
Previous Post A Delaware Hispanic Heroine
Next PostVideo: Friday's ceremonial re-opening of U.S. Embassy in Havana promises to be day remembering the past, honoring the present and still hoping for a better future

A Delaware Hispanic Heroine
Comment
Video: Friday's ceremonial re-opening of U.S. Embassy in Havana promises to be day remembering the past, honoring the present and still hoping for a better future