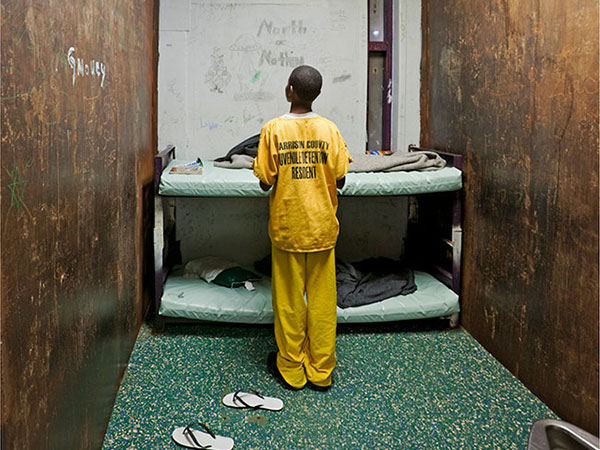 One of the leading voices in juvenile justice has turned on juvenile hall.

The Annie E. Casey Foundation is throwing its weight into a campaign to close juvenile detention centers nationwide, calling them “inherently prone to abuse.” In an upcoming TEDx talk, excerpts of which were released in advance, Casey Foundation President Patrick McCarthy brands large, secure facilities “factories of failure” that ruin the lives of the kids they’re supposed to help.

“We need to admit that what we’re doing doesn’t work, and is making the problem worse while costing billions of dollars and ruining thousands of lives,” McCarthy says.

The call is a major departure for the foundation, one of the leading institutions studying family and youth issues — and it’s left more than a few people in the field scratching their heads.

“We were all kind of surprised at the proposal in the first place, because it seems to be black-and-white, which doesn’t seem typical for Casey,” said Anne Nelsen, of the National Partnership for Juvenile Services, an association of youth services workers. “Casey has done so much wonderful work to try to improve the quality of facilities and institutions. This seems like really drawing the line.”

In a new report, the Casey Foundation found what it calls widespread physical abuse and excessive use of force by juvenile corrections workers. It calls on states to launch “aggressive efforts” to replace the model that has dominated the juvenile justice system for a century with one that will ensure “safe, healthy and therapeutic care for the small segment of the youth population who truly require confinement.”

“The troubling evidence presented in this report should remove any remaining doubt that large conventional juvenile corrections facilities — or plainly stated, youth prisons — are inherently prone to abuse,” the report concludes. “Given public officials’ inability to prevent maltreatment, or even to clean up youth prisons where inhumane conditions are revealed, it seems difficult to argue that confinement in these institutions offers a safe approach for rehabilitating delinquent youth.”

The report is a follow-up to “No Place for Kids,” the group’s 2011 assessment of conditions in juvenile detention centers nationwide. That review called for states to start reducing the number of teens placed in secure institutions, which concluded that the current model wasted taxpayer money while doing little to deter repeat offenses — and exposed the kids it ostensibly served to violence.

Four years on, the study found 29 states were unable to prevent what it called “systemic abuse” to children in juvenile lockups, with “substantial evidence of maltreatment” in three more. It also described “an epidemic” of sexual abuse, citing a 2013 Bureau of Justice Statistics survey on the topic finding that more than 10 percent of young people had been victimized sexually by staff or other youth. And administrators relied too heavily on solitary confinement and restraints to subdue unruly kids, it said.

The conditions outlined in the report aren’t terribly surprising to researchers, said Jeffrey Butts, director of the Research and Evaluation Center at New York’s John Jay College of Criminal Justice. Decades of studies have documented the tension between the role of juvenile detention as a service provider and its role as an instrument of control — and when those two missions collide, “control and suppression will always win,” he said.

The current system, which grew out of the reform schools of the late 19th century, has survived because it’s less expensive than what Casey is urging states adopt, he said.

“It’s much cheaper to get 100 kids who need some help and drag them all into one place and only have a handful of people working with them than it is to create a network system, where you can reach all of them in their own homes and check up on them at school,” said Butts, who said he has butted heads with the Casey Foundation in the past.

With juvenile crime at its lowest level in decades, many centers have a lot of empty beds or are being closed outright. That might give calls to close them down wholesale a boost, Butts said. But he and Nelsen warned that public opinion — and the politicians who fund the system — can be fickle.

“Politically, it’s not going to fly,” said Nelsen, a retired juvenile corrections administrator in Utah and a member of the group’s executive committee. “The public’s not going to go along with it, even with the very best intentions, and I think Casey has the very best intentions. All it would take is one well-publicized offense by a juvenile who was in a community-based program because the state institution closed, and the politicians behind that decision would pay the price.”

Nelsen said the NPJS is discussing how to respond to the Casey report, but she called the proposal unrealistic. The new report ignores the progress that many states have made in improving juvenile services, closing old state reformatories and replacing them with programs that keep youths closer to their homes and families.

There’s also the risk that centers could be shut down without funding for the follow-up services that would be required, she said. Something similar happened when overcrowded, unsafe mental hospitals were closed in the 1960s, leaving many of their former patients without the support they needed to function in the outside world.

And some kids may need to be locked up for a period of time to get the help they need, Nelsen said.

“None of us would ever support institutionalizing children who don’t need institutional care, and I think we’re all aware of plenty of instances where institutions get used — or overused — for kids who could be served better or more effectively or less expensively in the community,” she said.

“However, I think what’s bothersome is the report seems to imply that all institutions are really bad, period, and there are good institutions there are good facilities out there that are doing good work for kids,” Nelsen said. Casey should focus instead on how good facilities get results and show how other states can follow their model, she said.

McCarthy, however, said states can do a better job by junking the current system of “youth prisons” and replacing them with small, secure, but treatment-intensive programs — and for any state that wants to make that move, Casey stands ready to assist.

“When you are ready, contact us and we’ll be there,” he says in the upcoming TEDx talk.

abuse, featured, juvenile justice, youth
Previous Post New book explores the Chicano civil rights struggle in Los Angeles in the 1960s and 1970s
Next PostMexico losing its native bird population but not because of migration