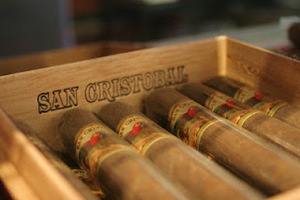 In a hectic society, where everything is running 24 hours a day and the minutes contain fewer and fewer seconds, cigars are the perfect excuse to scream out to the world: Stop! I need to take a break by enjoying this cylindrical chimney whose smoke generates ideas and encourages discussions.

“I do not sell cigars, I sell an experience,” said Chris Weiss, owner of a cigar shop that covers 3,000 square feet downtown in the Brady district. “Smoking cigars is an art. One must do it step by step, without hurrying.”

Community college teacher Isaac Hiriart, a native of Mexico living in Tulsa, says that “to enjoy a cigar, you have to take your time and not go hurry,” adding that “depending on a person’s taste, you can complement the cigar with a drink of choice; for me, a very cold, dark beer.”

Hiriart says that one can use that time to think, “to clear one’s mind after a hard day, or one can be in the company of friends with whom to talk and to have a good time.”

Weiss explains that cigars are nothing but tobacco leaves that have been dried and fermented, and that is why humidity is a determining factor.

“Cigars should be stored under controlled humidity, an ideal climate, otherwise they lose their aroma and their properties,” he said. “That’s why I insist in stating that smoking them is an art.”

To keep them fresh, Hiriart has a humidifier that allows him to set the humidity above 70 percent.

“Cigars can last a long time as long as they are kept in a humid and cool environment,” he said. “I do not like to leave them for more than 10 months. I smoke one or two cigars a month, so I never have more than 15 on hand, so they won’t spoil, but to have them and to share them.” 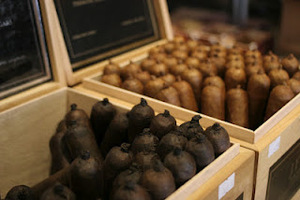 For a cigar to be called “habano,” or Havana cigar, 100 percent of its components must have been grown in Cuba, says Weiss. As for the belief in the extraordinary and unsurpassed quality of the cigars from that Caribbean island, he said that such claims are “part of an urban legend,” adding that “Honduras, Nicaragua and the Dominican Republic have developed a very advanced tobacco industry, mixing different types of tobacco and producing high-quality cigars.”

For Weiss, everything hinges on the smoker’s palate. “There are some that are very exclusive, such as Montecristo Black Label (Reserva Negra), which has a Nicaraguan wrapper known as San Andrés Morrón and a filling of A-grade tobacco from Honduras and Nicaragua,” he said. “Also, they come in a very elegant box.”

Prices of cigars vary depending on their style and type, said Weiss. “There is something for all tastes and in all prices.”

In fact, there are cigars such as the Black Dragon Gurkha, whose price for each is $1,150, a considerable cost considering it is 8.5 inches long. However, an average price for, say, a Cohiba Espléndido is $34; a box of 25 is $750.

In the end, the price could be the least of matters.

As Hiriart said, “a cigar is not smoked simply for the effects of the nicotine, but to savor the taste of the tobacco. It is like tasting different wines.”

If that is so, then: To your health! 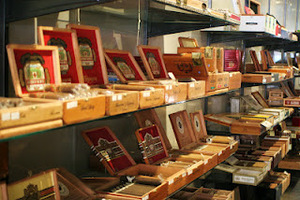 This is determined by its wrapper; terms used refer to shades of tan, brown and black.

Figurado
These are cigars of irregular shapes. They are considered higher quality and therefore have a higher cost. They are termed as: Torpedo, Pirámide, Perfecto, Presidente/Diadema, Culebras, Toscano.

Before smoking, cut the cap

To be able to smoke a cigar, one must have a cutter to cut the cap or the end where the smoke will be drawn in. There are three types of cutters: Guillotine, punch cut and V-cut.