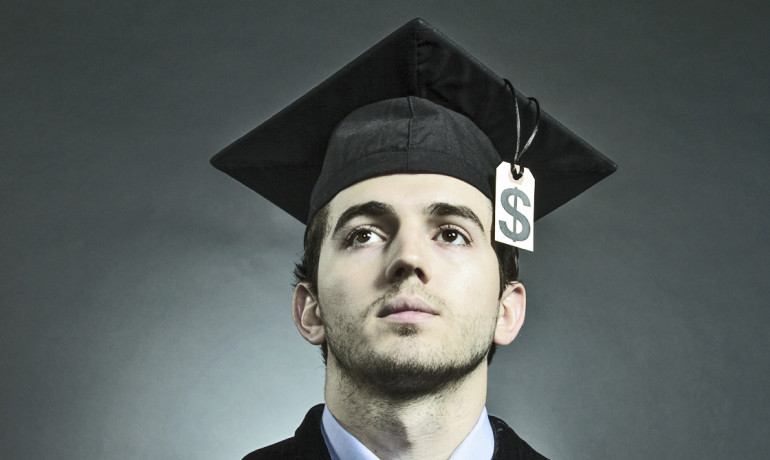 By Clifton B. Parker-Stanford
Futurity

America’s cities are dividing themselves into two distinct groups, with college-educated workers clustering in places that less-educated people cannot afford.

A new paper reports that economic well-being inequality in American metropolitan areas increased 67 percent from 1980 to 2000, primarily due to changes in wages, housing costs, and local amenities. This is even greater than the 50 percent rise in the difference between wages for high school and college graduates in US cities.

“High-skill workers value communities where the amenities are considerable,” says Rebecca Diamond, assistant professor of economics at Stanford University. “The non-college-educated value these areas, but they cannot afford the housing.”

Economic well-being is defined as the consumption of consumer choices such as shopping and housing, as well as amenities such as a community’s crime rate, school system, and weather.

The rise in economic inequality is due to different cities having different labor demands in the last 30 years, Diamond says. This led to either an increase or a decline in the percentage of college graduates among the city’s workers — which in turn led to either more or fewer amenities.

Diamond conducted the research for a new paper while she was a postdoctoral fellow at the Stanford Institute for Economic Policy Research from 2013 to 2014 and during her doctoral studies at Harvard University from 2008 to 2013. She used US Census data from 1980, 1990 and 2000 on a wide range of economic and demographic items.

Her analysis includes 218 metropolitan areas in the United States and was restricted to people 25 to 55 years old who worked at least 35 hours per week.

MORE MONEY, MORE AMENITIES
In the past few decades, college-educated workers have enjoyed significant increases in earnings relative to those with less education, Diamond says. In 1980, the typical college graduate earned 38 percent more than the average high school graduate. By 2000, that had increased to 57 percent, and by 2011 to 73 percent.

This wage gap has rippled across American cities. From about 1980 to 2000, cities that initially had a large share of college graduates (Boston and Atlanta, for example) increasingly attracted larger numbers of them, while cities with less-educated workers (Albany, NY, and Harrisburg, Penn.) gained fewer graduates.

RENT HIKES
“If the economic value of living in a high-amenity city more than compensates college graduates for the high housing prices, the growth in wage inequality would understate the increase in economic well-being inequality,” Diamond writes. “High-skill cities not only appear to offer the highest wages, but also a better quality of life.”

Workers’ available choices in where to live are strongly related to the trajectory of wages and rents in cities. From 1980 to 2000, for every 1 percent increase in a city’s ratio of college graduates to non-graduates, the city witnessed a 0.6 percent hike in rents.

The labor demands of different industries across America’s city landscape changed from 1980 to 2000, Diamond writes. As a result, industries adjusted their hiring needs for college or non-college workers. Computer and technology sectors hired more educated workers, for example. And the old industrial cities that most aggressively shifted their focus to information technology were the cities that experienced the largest increases in the hiring of college graduates.

BOSTON AND DETROIT
“The hiring demands of cities’ local industries played a large role in attracting high- and low-skill workers to different cities, causing the divergence of skill across space,” Diamond writes.

In the 19th century, people valued American cities for their importance as production hubs of manufacturing and wealth. Today, the more educated the worker, the more he or she is interested in the quality of life and the choices in the amenities a city has to offer.

Increasing a city’s share of college graduates boosts the likelihood that a city will have a greater quality of life—more shopping choices, better schools and restaurants, for example—and the reverse is true as well.

Consider the changing fortunes of Detroit and Boston, Diamond writes. In the early 20th century, Detroit had a booming auto manufacturing industry and a model public educational system. But by 2009, Detroit’s public schools had the nation’s lowest math proficiency scores.

On the other hand, Boston’s public school system was dismal in the 1970s, but in subsequent decades the city focused on building itself up as a beacon for technology, biotech, and medical firms. The result? More high-paying jobs, more college workers, and a school district that in 2006 won a national award (the Broad Prize) for being the most improved.

“The prosperity of Boston and the decline of Detroit go beyond jobs and wages, directly impacting the amenities and quality of life in these areas,” Diamond writes.

AMENITIES VS. AFFORDABILITY
In contrast to Detroit, Pittsburgh has made a relatively successful transition from being a manufacturing hub in the 19th and 20th centuries to a city now known for its low housing costs, solid base in amenities, and growing economy, according to Diamond. When the steel industry faded, the city’s educational and health care institutions provided a strong foundation for this next chapter.

College graduates in New York City are willing to pay much higher housing prices than they would in Cleveland because of the many amenities available in New York.

Nationwide, “changes in wages, housing costs, and local amenities from 1980 to 2000 led to an increase in economic well-being inequality of at least 67 percent,” Diamond says.

The outcome is a nationwide gentrification effect. Lower-skill workers are unable to gain access to the best cities, which puts them in the more affordable but lower-amenity metropolitan areas.

WHAT CAN CITIES DO?
Diamond suggests that local governments attract college graduates by creating desirable amenities.

“Policies that could achieve this include offering tax incentives to firms employing high-skill workers,” she writes, “or funding amenities valued by college graduates such as policies targeting reductions in crime or improvements in the quality of local schools.”

Looking ahead, Diamond would like to examine this issue at the neighborhood level—”who’s willing to live next door to whom”—and how people segregate themselves in the particular places they live.