Latina Lista: News from the Latinx perspective > Columns & Features > BlogBeat > What is “Columbusing,” and How Can We Eliminate the Stigma of Columbus Day?

What is “Columbusing,” and How Can We Eliminate the Stigma of Columbus Day? 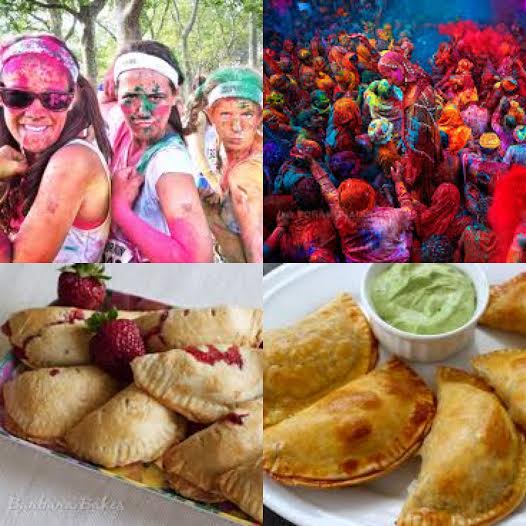 For generations, Christopher Columbus has been credited with being the explorer who discovered the Americas in 1492 – something understandably problematic to the Indigenous peoples of the continent. Just as Thanksgiving focuses on the conquest of Indigenous peoples, Columbus Day has been seen as a reminder of the genocide that Columbus brought to a ‘new world’ that had not been newly discovered, but simply unheard of at that time.

In the essay “Why We Should Abolish Columbus Day” by G. Rebecca Dobbs, she wonders incredulously, “How can anyone discover a place which tens of millions already know about?” Claiming that Columbus’ discovery was valid in fact invalidates the lives of the Indigenous peoples that had existed in the Americas long before his invasion.

In the way EDM music had its comeback and breakthrough with mainstream listeners with artists like Tiesto, Calvin Harris, and David Guetta, many didn’t realize that the DJs they were raving about had already been making music for years, even decades before. This is an example of “Columbusing:” discovering something that has already existed.

Color runs are another example of “Columbusing,” where runners and supporters might fail to realize that the Hindu festival of Holi that welcomes the coming of spring inspired this event. There was also a recent article on Buzzfeed Food about a hand pie with sweet and savory flaky crusts, a description of a “new” food that perfectly describes empanadas, a Latin American culinary staple.

This act of “Columbusing” a main item on any Latin American’s culinary brain strips empanadas of their cultural context, and can even feel like theft to all the people who grew up eating empanadas.

While it may not seem like such a bad thing to “rediscover” an event, food, or musical genre, the Code Switch writer Brenda Salinas asks an important question, “When is cultural appropriation a healthy byproduct of globalization and when is it a problem?”

There are a few cities that have taken steps to separate themselves from the stigma that comes with the name Columbus and have moved to pass alternative holidays celebrating the Indigenous Peoples that Columbus and his crew annihilated.

Many of these resolutions to honor those Indigenous people that Columbus infamously “Columbused” have been established fairly recently, since the 1990s. Native Peoples Day is celebrated in South Dakota to honor its Indigenous people, Hawaii celebrates Discoverers’ Day, and the city of Berkeley, California also recognizes Indigenous Peoples Day.

Minneapolis is now a part of this small list that chose to honor the Indigenous people who suffered in the name of expansion. In late April of this year, the City Council passed the Indigenous Peoples Day resolution with a unanimous vote. Although the Columbus Day will officially remain in Minneapolis, all city communications will simply use the new name instead.

Council Member Alondra Cano, who spearheaded the change, explained that the resolution “is about the power of the American Indian people and Indigenous communities all over the world. We are setting the record straight.”

Surely a sentiment that we can all seek to echo in our daily lives and actions.