Latina Lista: News from the Latinx perspective > Columns & Features > BlogBeat > Cross-state air pollution: The proof is in the cradle

Cross-state air pollution: The proof is in the cradle 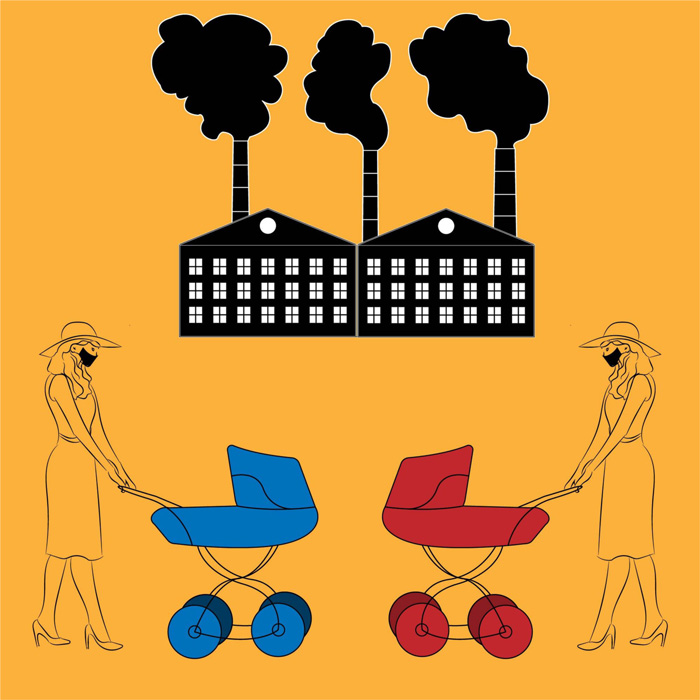 Back in 2012, I wrote about the Cross-State Air Pollution Rule (CSAPR) and the impacts of pollution that traveled via wind from one state to another. It was a look at the effects of dirty air from “upwind” states on “downwind” states.

Now, 5 years later, a study released December 2017 by Muzhe Yang (Associate Professor in the Economics Department) and Shin-yi Chou (Professor of Economics) of Lehigh University has proven the validity of the “cross-state” air pollution premise. They have authored the paper, The Impact of Environmental Regulation on Fetal Health: Evidence from the Shutdown of a Coal-Fired Power Plant Located Upwind of New Jersey.

The analysis of this study  examines a specific coal-fired power plant situated on the state borderline between Pennsylvania and New Jersey.

The facility in question was the Portland Generating Station, which was on the Pennsylvania side of the Delaware River. Its shut down in 2014 had a major ramification for the downwind residents of New Jersey. Data revealed a 15 percent reduction in the numbers of low birth weight babies, and a decrease in the occurrence of preterm births by 28 percent.

The results emphasized potential accomplishments when the power of federal law, under the Clean Air Act, supersedes state regulatory directives.

The ruling from the EPA categorized the installation as “a sole pollution source” harming the air quality of New Jersey. The state counties included Warren, Sussex, Morris, and Hunterdon.

The research drilled down on a look at the pollution coming from plant eighteen months prior to its termination. It showed sulfur dioxide emissions at 2,596.648 tons monthly. In the same time span (eighteen months) after the closing, the emissions measured almost zero.

The information was collected from zip codes covering downwind areas within sixty miles of the plant.

The creators of the reports believe that the EPA should be more proactive in taking individual states to task when their actions affect the health and well-being of their neighbors.

They also noted that when studies have been done to gauge the connection between public health and the Cross-State Air Pollution Rules, fetal health concerns have been overlooked. In light of the fact that there has been ongoing evidence to show that fetal health is a benchmark for outcomes in later life — from physical health to education and earnings — it seems like an obvious oversight.

And a refresher for those who don’t remember the actions of current EPA head, Scott Pruitt, back in 2011 when he was the Attorney General of Oklahoma…he sued the EPA over the Cross-State Air Pollution Rule.

The impacts of emissions from coal-fired power plants directly affect the fetal health of our babies. Please take a look at this WIND MAP and you can see how the children in your state share the air with other states.