Latina Lista: News from the Latinx perspective > Columns & Features > BlogBeat > Does racial bias show up in the crosswalk?

Does racial bias show up in the crosswalk? 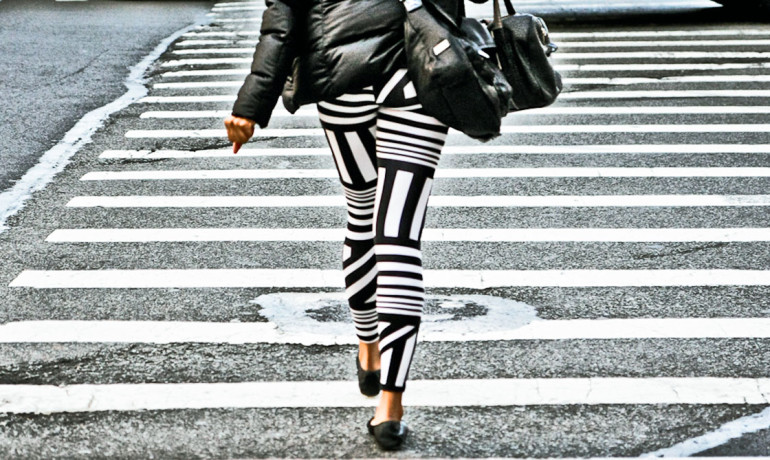 African Americans may have to wait in a crosswalk about 32 percent longer than white people before drivers stop. Further, research suggests African Americans are twice as likely to be passed by multiple vehicles.

“We were surprised at just how stark the difference was,” says Arlie Adkin, an assistant professor in the School of Landscape Architecture and Planning at the University of Arizona.

“It was not a very large study, so we weren’t sure the amount of data collected would be enough to reach statistical significance, so we were surprised to see how quickly the significance showed up. Drivers were clearly displaying behaviors consistent with implicit racial bias.”

The study, which controlled for age, clothing, and other socioeconomic factors, included 88 pedestrian trials and 173 driver-subjects to look at implicit bias—the various unconscious stereotypes and beliefs people hold that shape how they think and act.

“We are not saying drivers are overtly racist,” says Kimberly Kahn, assistant professor of social psychology at Portland State University. “Improving the pedestrian experience is not just going to be an engineering problem. You have to bring in psychology to get a deeper understanding of the issues we are trying to solve.”

Comparable questions about implicit bias have been posed about how people of certain backgrounds are medically misdiagnosed in greater numbers, have more difficulty having their resumes seriously considered for potential jobs, and even how they might struggle to hail a taxi.

“These subtle forms of stereotyping are pervasive across society, and the majority of Americans hold some level of subconscious bias or association just by growing up in this culture,” Kahn says.

“That’s what makes contemporary forms of bias so pernicious—we may not be aware that we have these biases. That’s where implicit bias comes from in the first place. So, you can think you’re just driving to work and won’t even notice that you were differently stopping for one pedestrian over others.”

“Cars don’t drive themselves and, as humans, we are somewhat flawed in our processing, especially in the roadway environment where there are a lot of distractions and we are moving at much higher speeds,” says Tara Goddard, a doctoral candidate in urban studies at Portland State.

“A lot of information processing is involved, which means we may fall back on automatic processing quite a bit. Clearly, there is so much work to be done everywhere with racism and discrimination. The more we deal with that on a systematic level, the greater chances we have in terms of long-term impacts.”

The researchers say they were motivated to do the study, published in the journal Transportation Research Part F: Traffic Psychology and Behavior, by nationwide data that indicates a disparity in pedestrian injuries and fatalities.

“While implicit bias does not explain the disparity in safety outcomes, it may be a contributor,” Kahn says. “These microaggressions in different contexts add up to become a very negative situation for some people. It is a problem if people feel threatened, or if they are treated unequally.”

Researchers from Portland State University are coauthors of the study.

Guest Voz: As another year passes debating merits of Colombus Day, the Americas need a new perspective
Comment
Guest Voz: Ted Cruz is missing the paper that counts to be U.S. President