A Florida scholarship program known as Bright Futures may soon no longer have such a sunny reputation.

Recently announced eligibility requirement changes mean that significantly fewer Latino and black students will qualify for assistance. The required minimum GPA of 3.0 will remain the same. 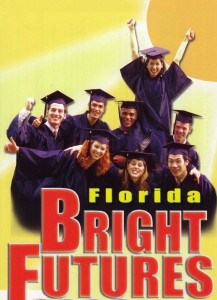 The Florida College Access Network is pushing for scholarship eligibility requirements that don’t rely so heavily on standardized test scores, but instead will forgive lower scores if a student’s grade point average is high–and vice versa. The group also wants income to be a factor.

An analysis by the University of South Florida obtained by the access network found that 87% of Latino freshmen at state universities entering between summer/fall 2010 and summer/fall 2011 met the standards, but just 35%would qualify under the new requirements.

Meanwhile University of Florida President Bernie Machen wrote an op-ed in the Tampa Bay Times supporting the changes, saying that they would help keep the program solid financial and able to continue.

“When the Florida Legislature created the Bright Futures scholarship in 1997, lawmakers never intended the program to help students based on their racial status or family income,” Machen wrote. “Rather, the scholarship had only one purpose: to provide a financial incentive for Florida’s most academically talented students to attend the state’s public universities, raising the quality of their experience in college and improving our universities as a whole.”

He argues that minority and low-income students can be assisted through other programs. He cited the Florida Opportunity Scholars, which covers tuition and board for students first in their family to attend college and coming from homes earning less than $40,000 a year.

“We believe all students can rise and meet high academic standards,” Colon said, and State Impact reported. “But the current scheduled increase in eligibility requirements for this important scholarship program is a dramatic jump that jeopardizes access for thousands of college-going students and relies too heavily on standardized test scores for measuring academic merit.”

State Rep. Ricardo Rangel, a Democrat, has filed a bill that would keep the standards the same, but The Miami Herald reports that it seems unlikely to pass. He relates because he learned English as a second language (his parents were immigrants from Ecuador) and struggled with the SAT–but went on to earn a master’s degree.

But Rep. Jeanette Nuñez, a Republican who is chair of the higher education panel, agreed with the changes.

“Are we going to say that Hispanic students can’t measure up?” the Miami Herald reported.

Distinguished English Linguist: Writing English — And Jumping to Some New Conclusions
Comment
Video: Taking a broader view on the controversy over Mexico Barbie