For marginalized teens, activism may lead to better jobs 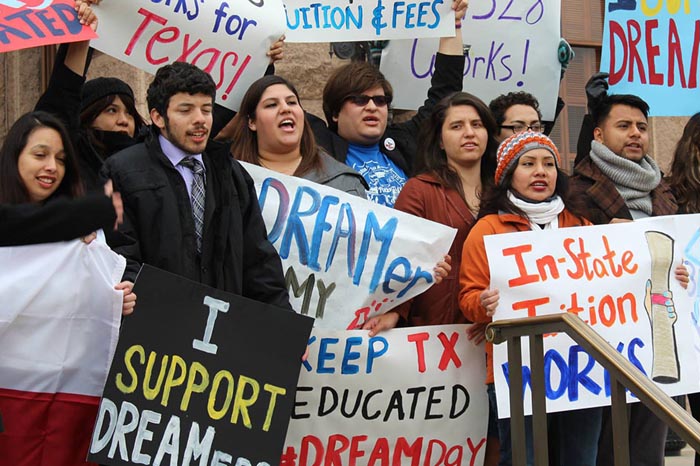 Social action and engagement may help marginalized teens in their careers later in life, particularly if teachers help them discuss and engage with social issues, new research suggests.

At a time when race and inequality are in the headlines daily, it seems, researchers find that addressing these issues can help disadvantaged students build a critical consciousness that can lead to success in adulthood.

The research shows that activism during adolescence, from civic engagement to protest, often positively impacts academic achievement and leads to securing a higher-status occupation in adulthood.

“We have strong evidence that directly addressing and challenging—instead of avoiding—inequality is good for historically marginalized youth,” says Matthew Diemer, an associate professor in the University of Michigan School of Education. “This implies that when educators provide a space for students to reflect, discuss, and challenge inequalities, those students engage and learn more.”

Diemer says such an approach allows schools to achieve their mission to prepare all students to succeed, and helps students attain jobs that are more prestigious and higher paying as adults.

He says teachers should take the opportunity to tackle issues related to social inequalities, whether large or small, and points to recent issues such as Charlottesville and the NFL kneeling controversy as perfect examples of big topics teachers should not avoid.

Other issues that crop up in individual schools such as segregation in the lunchroom or racial disparities in school discipline or dress code enforcement should be addressed as well, he says.

But creating critical consciousness goes beyond discussions. Luke Rapa, an assistant professor of adolescent development in Clemson University’s College of Education, says social action can take the form of a donation of time or money to political action groups, participation in women’s rights groups, or even protest.

“Youth in the sample we studied who were engaged in social action had higher expectations for their own career trajectories,” Rapa says. “This suggests that students who engage in social action take the time to reflect critically on their surroundings. That critical thinking motivates them, and that same sense of motivation may be what pays off for them in whatever career they choose.”

The study utilized data from the Maryland Adolescent Development in Context Study, which has studied a sample of children from 23 public middle schools in Maryland since 1991. Rapa, Diemer, and Josefina Bañales of the University of Michigan, studied a subsample of these students ages 17 to 29 that was made up of poor and working-class African-American participants.

Diemer originally became interested in questions of critical consciousness from his time in classrooms with children struggling to make sense of inequalities in their day-to-day lives. It’s in settings like this that Diemer hopes the real impact of the research will be felt—the study’s results strongly imply that educators should meet topics related to social justice head on in classroom settings instead of shying away from them.

He says fear of discouraging students or of becoming too political in the classroom, and a feeling of inadequate preparation make teachers afraid to broach topics. The researchers hope their findings might help teachers and administrators see value in opening these discussions.

“It’s meaningful to see that by broaching these topics and supporting the development of critical consciousness in students, educators are actually opening the door for marginalized youth to better navigate the structures that marginalized them in the first place,” Rapa says.

The researchers report their findings in the journal Developmental Psychology.

activism, careers, education, youth
Previous Post Guest Voz: The quiet before the storm that hit Nicaragua left destruction behind the world barely knows
Next PostLatino sailors out at sea make a point to share culture with fellow crew members

Guest Voz: The quiet before the storm that hit Nicaragua left destruction behind the world barely knows
Comment
Latino sailors out at sea make a point to share culture with fellow crew members