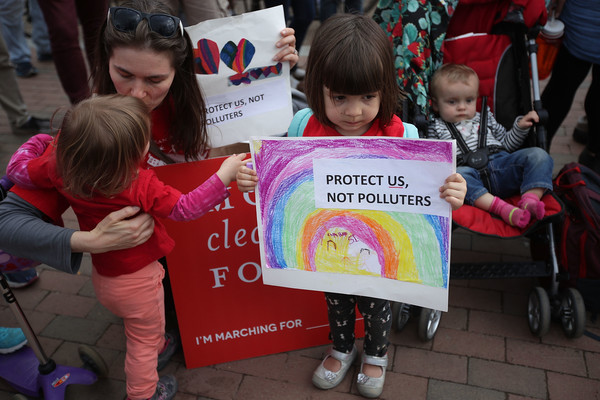 After the founding fathers put together the Constitution, James Madison penned the additional Bill of Rights in 1791. Too bad protecting the environment wasn’t included.

At the end of the 18th century – when it seemed like the land, water, and sky were boundless – European settlers (now calling themselves “Americans”) weren’t thinking about the human impact on natural surroundings. (Although, the indigenous population had a completely different outlook.)

The Industrial Revolution kicked off when Samuel Slater  surreptitiously brought British textile technology and innovations to the United States. It was all progress moving forward. No one dreamed the road to modernization would create havoc with our ecosystem.

Now we are at a point where science has made clear that if we continue on our present path, we will be the architects of our own potential destruction. Stephen Hawking, before his death, suggested that the earth’s inhabitants had about 100 years to colonize a new planet. He also stated:

“By denying the evidence for climate change, and pulling out of the Paris Climate Agreement, Donald Trump will cause avoidable environmental damage to our beautiful planet, endangering the natural world, for us and our children.”

A healthy environment is a basic human right. Science is not a belief or a myth made up by environmentalists. It is not a philosophy or a religion. It is a method of testing and accumulating knowledge. And the evidence is in on climate science. Overwhelmingly, scientists worldwide agree global warming is happening, and that human activity causes it. And the majority of Americans understand that climate change is real.

Eight years ago, I quoted then Chairperson of the Senate Environmental and Public Works Committee, Sen. Barbara Boxer. In reacting to the fact that the Clean Air Act was under attack – again – she said plainly, “If you can’t breathe, you can’t work.”

During that period, one of the leading opponents to all EPA actions, Jeff Sessions told EPA administrator Gina McCarthy, “You don’t run this country.”

Many of today’s key players were not household names before the Trump administration put them in the spotlight. However, while consistently covering the environment, what I saw then was a precursor for what is happening now.

When Mike Pence was a Congressman, he opposed so many environmental protections that his LCV scorehovered between 4 percent and 10 percent. He was against the Mercury Air Toxic Standards, which protects children – both before and after birth. His actions as governor were equally dismal, as he fought to keep coal viable. He has insisted “global warming is a myth.”

Mike Pompeo, now under consideration for the position of Secretary of State, makes Rex Tillerson look like a treehugger. I have been writing about his connection to the Koch brothers for over five years. While he was a member of the House Energy and Commerce Committee, his top donor was Koch Industries.

In direct disagreement with eleven senior defense officials in the Trump administration who have “identified climate change risks to the U.S. military mission,” Pompeo continues to be an avowed climate denier.

Last but not least, is Scott Pruitt, the current EPA administrator. I emphasize the word current, because there is a growing call demanding that he relinquish his post.

The egregious behavior of Pruitt, from suing the EPA when he was the governor of Oklahoma – to his latest outrage of ethical malfeasance (accepting condo living digs from the wife of a natural gas lobbyist), has prompted calls from environmental groups for him to step down.

Richard Painter, formerly the chief ethics lawyer for the George W. Bush White House, has laid the blame squarely at the feet of Congress for not doing its job properly.

We like to say we are Mompartisan. It doesn’t matter whether you are a Republican or Democrat. What matters is the science tells us we have a climate crisis. So, for the sake of our children now and in the future, vote like a mom and vote out politicians who support fossil fuel interests at the expense of our children.