Latina Lista: News from the Latinx perspective > Columns & Features > BlogBeat > Getting Latino Students To and Through College

Getting Latino Students To and Through College 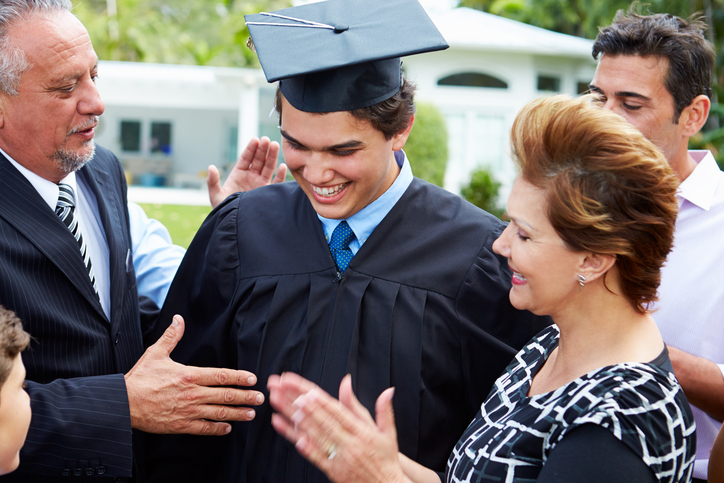 Michele Siqueiros recalled the day she arrived on a college campus.

“I thought I had arrived on another planet,” she told a recent gathering of journalists who attended the Education Writers Association’s fourth annual convening for Spanish-language media. “There were very few Latinos.”

Siqueiros, now the president of The Campaign for College Opportunity, a California nonprofit organization, said she was a straight A student in high school, but in college “I felt for the first time I wasn’t prepared.”

She was even less prepared to be summoned to a professor’s office after submitting a homework assignment she didn’t understand. Worried and braced for a difficult meeting, Siqueiros instead found an ally in the professor, who spent the next hour helping her understand the assignment.

“He told me very clearly that when I needed help, I should go to his office. It was a very positive conversation. I knew he would support me and wanted me to succeed,” she said. “Every student should feel that.”

Siqueiros recounted her story at the convening for Spanish-language media during a panel on accessibility and affordability in higher education. Adolfo Guzman-Lopez, who moderated the session, said feeling out of place and unprepared for college still rings true for many of today’s Latino college students.

Guzman-Lopez, a higher education reporter for Southern California Public Radio, also noted that many Hispanic families teach their children to succeed — academically and financially — without asking for help.

The EWA panel came shortly before some encouraging new data was issued by the Pew Research Center. Education Week reporter Catherine Gewertz explained key findings from the Pew study in a recent blog post: “The high school dropout rate among Hispanic students has dropped sharply in the past decade, reaching an all-time low of 10 percent,” she writes. In addition, “Hispanic students are enrolling in college at higher rates.”In 2016, the research indicates, 47 percent of Hispanics ages 18 to 24 were enrolled in college, compared to 35 percent a decade earlier.

The bad news for Latinos is that many are struggling to finish college for a variety of academic and financial reasons. Sometimes students run into unexpected costs even in community colleges, Siqueiros said. Two-thirds of Latino students start higher education in community college, she said.

“The perspective has to change, the information parents and students receive has to be more transparent,” she said. “If not, they make decisions thinking it’s cheaper and if they don’t finish then the dream isn’t achieved and it cost more.”

Nearly half of the 13,000 students at Lehman College are Latino;  At the Fullerton campus of CSU, the figure is 40 percent of the 40,000 students enrolled.

Garcia described what happened when she took over as president in 2012.

“We started a strategic plan focused on the success of our students, understanding and learning who our students are,” she said, asking questions like “where do they come from, from what schools?”

The university used the information it collected to develop new programs to help students, said Garcia, herself the first in a family of seven children to go to college. Like Siqueiros, Garcia also was inspired and helped by her professors.

“The professors helped me a lot,” said Garcia, who attended New York City Community College. They “knew I could do university work” and also helped her get a job on campus so she could assist her family financially, she said.

At Lehman College, in the Bronx borough of New York City, many students have similar family obligations that require them to work and go to school part-time, Cruz said. The average age of a student is 27, and the average family income is less than $30,000, he said.

“We’re talking about a population that is disadvantaged and makes a lot of sacrifices to access higher education,” he said.

Adult learners are “a reality in the campuses like the one I represent,” Cruz said.

The issue of better meeting the needs of older college students is beginning to draw increased attention, and was the focus of a panel at an EWA seminar in Atlanta on higher education. Fully 44 percent of college students today are age 22 or older, according to an EWA blog post about that session.

The discussion highlighted some ways colleges are responding to the increase in adult students and their different circumstances, like juggling family responsibilities and work alongside academics. Examples discussed included expanding online course offerings, streamlining the process for transferring credits from one institution to another, and developing more certificate programs.