‘GPS’ for DNA pinpoints where your ancestors lived 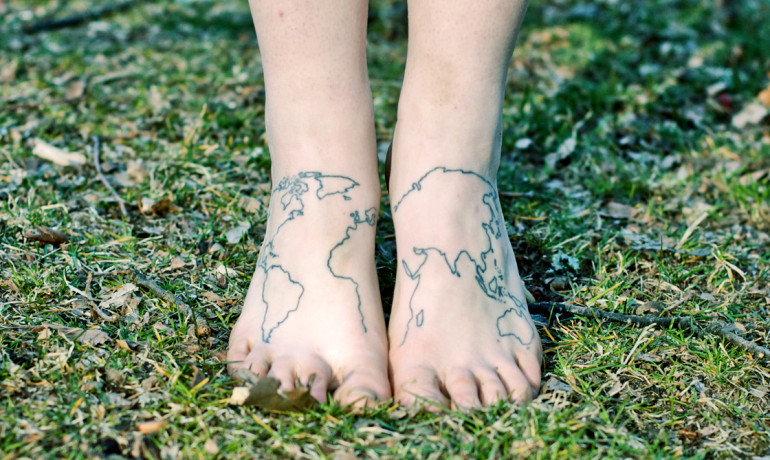 The new Geographic Population Structure (GPS) tool works somewhat like a satellite navigation system. It helps you to find your way home, but not the one you currently live in—rather, your ancestral home from 1,000 years ago.

Previously, scientists have only been able to locate where your DNA was formed to within about 430 miles, which in Europe could be two countries away. The new tool, however, has been 98 percent successful in locating worldwide populations to their correct geographic regions, right down to their village and island of origin.

The breakthrough of knowing where the gene pools that created your DNA were last mixed has massive implications for life-saving personalized medicine, advancing forensic science, and for the study of populations whose ancestral origins are under debate, such as African Americans, the Romani, and European Jews.

Genetic admixture occurs when individuals from two or more previously separated populations begin interbreeding. This results in the creation of new gene pools representing a mixture of the founder gene pools.

MIXING GENES ‘LIKE SOUP’
Such processes are extremely common in history during migrations and invasions, for example, when the Vikings invaded Britain and Europe in the 11th Century and settled with locals some of them formed a new Viking-Anglo-Saxon gene pool, but some married other Vikings and maintained their original gene pool, allowing GPS to trace their Scandinavian origins.

“If we think of our world as being made up of different colors of soup—representing different populations—it is easy to visualize how genetic admixture occurs,” says creator Eran Elhaik of the University of Sheffield animal and plant sciences department.

“The more genetic admixture that takes place, the more different colors of soup are introduced which makes it increasingly difficult to locate your DNA’s ancestry using traditional tools like Spatial Ancestry analysis (SPA) which has an accuracy level of less than two percent.”

He adds: “What we have discovered…is a way to find not where you were born—as you have that information on your passport—but where your DNA was formed up to 1,000 years ago by modeling these admixture processes.

“What is remarkable is that, we can do this so accurately that we can locate the village where your ancestors lived hundreds and hundreds of years ago—until now this has never been possible.”

SARDINIA AND OCEANIA
To demonstrate how accurate GPS predictions are, Elhaik and his colleagues analyzed data from 10 villages in Sardinia and over 20 islands in Oceania. The research, published today in Nature Communications, shows that Elhaik and his team were able to place a quarter of the residents in Sardinia directly to their home village and most of the remaining residents within 50km of their village.

With people from Oceania, the method had almost 90 percent success in tracing islanders exactly to their island.

“This is a significant improvement compared to the alternative SPA tool that placed Oceanians in India,” says Elhaik.

THE IDEA OF ‘RACE’
“This technique also means that we can no longer easily classify people’s ethnic identities with one single label,” he says. “It is impossible for any of us to tick one box on a form such as White British or African as we are much complex models with our own unique identities. The notion of races is simply not plausible.”

Tracing our ancestry is now a major social trend and genealogy is the number one hobby in America. An estimated one million people in the US have already had their DNA genotyped. People can explore their DNA by simply taking a swab from inside their mouth and sending it to a company such as 23andme or ancestry.com for costs ranging from $99 to $200.

“To help people find their roots, I developed a website that allows anyone who has had their DNA genotyped to upload their results and use GPS to find their ancestral home,” says Tatarinova, an associate professor of research pediatrics at the Keck School of Medicine of the University of Southern California.

“We were surprised by the simplicity and precision of this method. People in a given geographical area are more likely to have similar genetics. When they also have genetic traits typically found in other, distant regions, the geographical origin of those traits is generally the closest location where those traits can be found.”

According to the researchers, in ethnically diverse regions like the UK or US, where many people know only a few generations of their descendants, this kind of screening has huge, important medical implications.

The discovery of a certain genotype might indicate the potential for a genetic disease and suggest that diagnostic testing be done. Also, as scientists learn more about personalized medicine, there is evidence that specific genotypes respond differently to medications—making this information potentially useful when selecting the most effective therapy and appropriate dosage.

The investigators are currently designing a study to correlate pharmacokinetics—the time course of drug metabolism—with genotype.

Additional researchers contributed to the study from Johns Hopkins University, University of Pennsylvania, University of Arizona, and other research institutions around the world.

ImpreMedia CEO — Latino journalism is now less about language and culture and more about competing as major media
Comment
Video: Documentary sounding the bell over deepening crisis of student debt